Wonderland in the desert sand

“Great things can come from small origins.” Hardly any city is like the Emirate of Abu Dhabi, which within 40 years has flourished from a Bedouin settlement to one of the wealthiest cities in the world. Therefore, the metropolis between the Persian Gulf and an endless desert is nowadays a delightful place where thousands of years of culture, breath-taking natural experiences and modern superlatives merge seamlessly into one another. Immerse yourself in the modern version of the Arabian Nights. 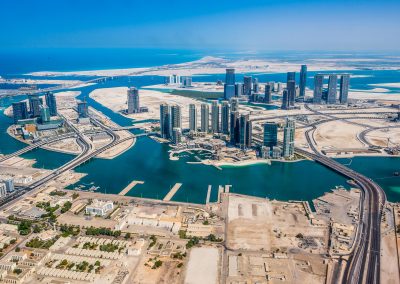 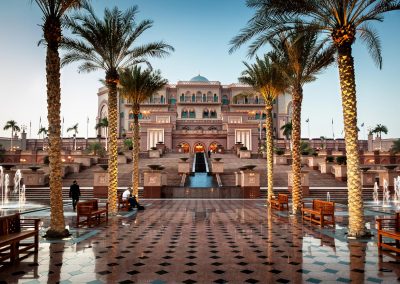 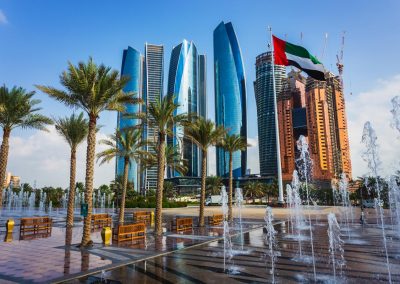 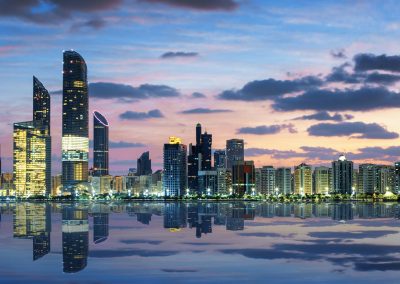 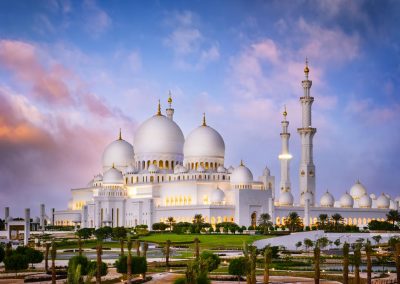 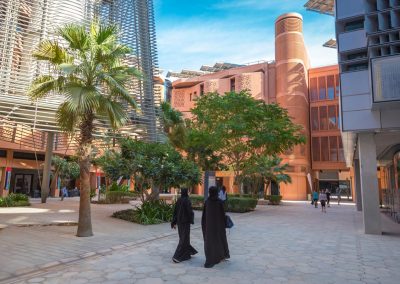 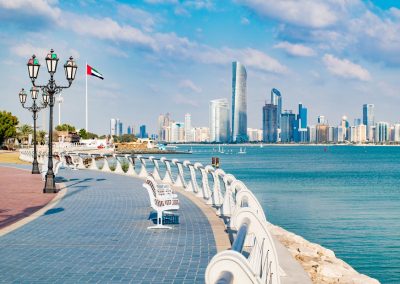 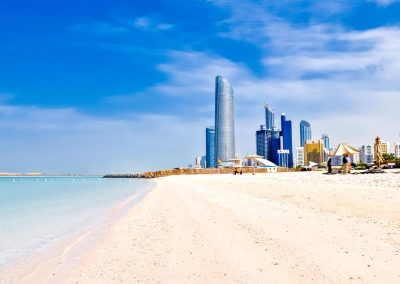 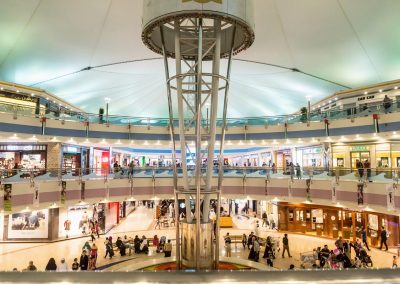 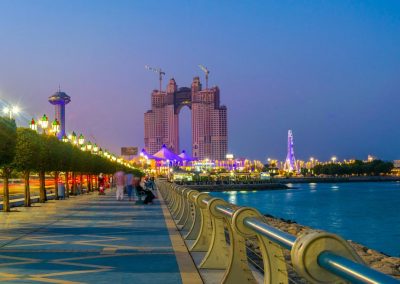 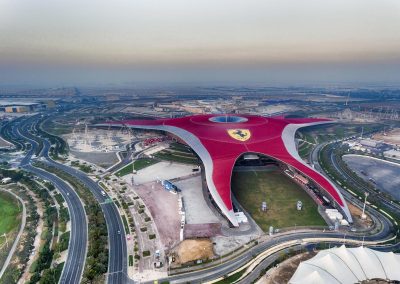 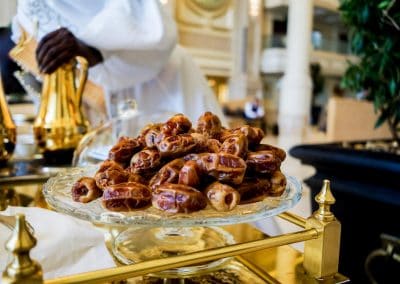 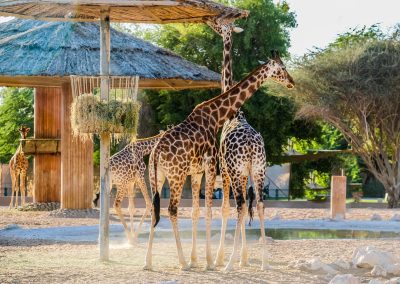 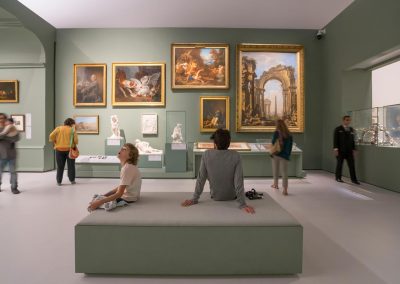 Sightseeing amongst fairy tales and modernity

Advertisment
On the way from the airport to the hotel, you will immediately learn why Abu Dhabi is also called "The Manhattan of the Middle East", because its countless modern glass buildings make this desert city, which lies on a 70-square-kilometre island, look just like its big role model. First and foremost are the five blue Etihad Towers, which sparkle under the sun light and shape the skyline of Abu Dhabi. The best way to enjoy the sea view through the glass is from the "Observation Deck at 300" of the Jumeirah at Etihad Towers.
When the weather is clear, you can experience a 300-meters-high breath-taking view over this island world in the Persian Gulf, the endless desert and the numerous magnificent buildings such as the Emirates Palace Hotel. The hotel reminiscent of a monumental fairy-tale castle of the oriental legends, is just a stone's throw away from the Etihad Towers and is even worth a visit for non-guests, with its 1,000 square meters of parkland and magnificent interior design. At such a sight, it is hardly surprising that 5 kilograms of gold leaf are served each year in the ten in-house restaurants.

Also, worth seeing is the Presidential Palace with its countless white domes, which unfortunately can’t be entered. Fortunately, visitors are allowed inside the landmark of Abu Dhabi, the Sheihk Zayed Mosque, which looks almost like the Presidential Palace. With over 1,000 columns, 83 domes and space for nearly 40,000 worshippers, the dazzling white building has already an impressive sight from the outside.
To submerge into the world of the Arabian Nights, visitors should definitely take a guided tour amongst the arcades and the roof with the biggest 33-meter diameter mosque-dome of the world. But that was not the end of the superlatives, because inside, besides the largest chandelier in the world, you can also see the world's largest 5,400 square meters hand-knotted carpet which weighs 35 tons – oh yes, in Abu Dhabi everything is one size bigger.

A journey through 5,000 years of art history

© GagliardiImages / shutterstock.com
While the neighbouring Emirate of Dubai focuses on lifestyle tourism and extravagance, Abu Dhabi builds on the power of art, culture and history. To this end, the capital of the United Arab Emirates equipped itself with a whole cultural island called "Saadiyat" right in the heart of the city. The biggest highlight is without a doubt the Louvre Abu Dhabi, which opened in 2017. Immerse yourself in several millennia of art history and admire paintings by Bellini, Picasso and Murillo, Bactrian sculptures from the 3rd millennium BC and some of the oldest surviving Quranic transcripts. While music lovers will get their money's worth at the neighbouring Performing Arts Centre, history fans can visit the Sheikh-Zayed National Museum and embark on an exciting journey to the beginning of Arab tradition, well before the oil boom.

A paradise for Horsepower fans

That the sheiks have a thing for fast cars is proven by the "Yas Marina Circuit" on the island of Yas, which is only a stone's throw away from the centre. If you have petrol in your blood and a piston in your heart, then you will get your money's worth on a visit to the racetrack, where smaller racing series take place outside of the big Formula One Grand Prix and test pilots make their rounds. If it itches in the gas foot, we can calm you down. You are not damned to remain watching. For a small change, hobby racers can exchange their holiday’s free time for a racing suit and, after a short crash course, even race over the desert track with a fast car.
With the “Ferrari World”, Abu Dhabi has also a lot to offer to small car fans. The top-class amusement park is right next to the racetrack and is, of course, all about the "Scuderia". In addition to an exhibition of historic race cars, the park attracts both young and old with numerous horsepower rides, a G-force simulator, a go-kart track and an in-house rally course. The highlight is and remains the fastest roller coaster in the world, which is named "Formula Rossa" and speeds up from 0 to 240 km/h in 4.9 seconds. Adrenaline rushes are guaranteed.

Amongst quad safari and desert romance

An exploration tour through the sea of ​​sand is an unforgettable experience. It’s up to you whether you decide to set off on your own with the jeep, plough through the sand with your quad, surf the dunes with the sand board or wander through the desert in a traditional way with a camel safari.
If you like it a bit more adventurous, you can venture into the "Rub' al Khali" alongside experienced guides. You surely will not regret this decision. So, put on your adventurer's hat and explore the largest sandy desert on earth, which in addition to over 300 meters high dunes, also includes many wonders. Some of those are the Moreb dune (365 m) and the Liwa Oasis with its ancient fort, which appears like a green pearl in the middle of nowhere.
The desert adventure is crowned by a night under the clear sky which you can only see in the middle of the desert. Enjoy cosy hours by the fire and listen to the enchanting stories of “Arabian nights”, which among other things act on the sinfully rich city of "Iram", which is said to be buried somewhere in the "Rub' al-Khali". And who knows, perhaps you will be the first person to rediscover the legendary Abu Dhabi of antiquity.
powered by