Brisneyland is probably the most beautiful holiday destination in Australia. The sun-drenched metropolis boasts a mix of urban chic, airy development and a touch of Las Vegas, which is why Brisbane is often called Bris Vegas. In the third largest city in Australia, the Brisbane River is the heart of the city and enchants all visitors with a cool city life and a relaxed and welcoming atmosphere.
The pleasant subtropical climate has a noticeable effect on the friendly mood of the city. Hustle and bustle is extrinsic here: those who move fast, are usually from Sydney or in transit … 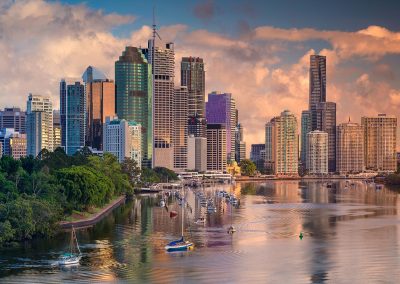 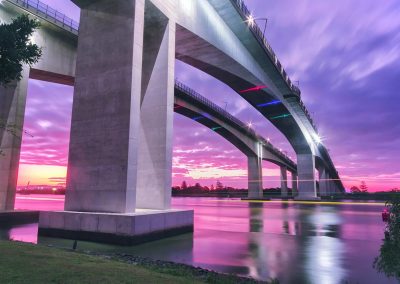 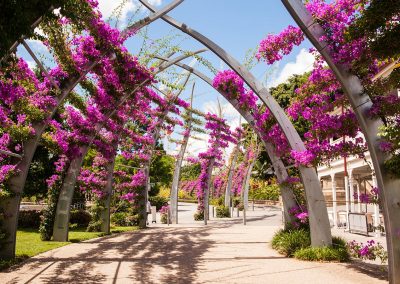 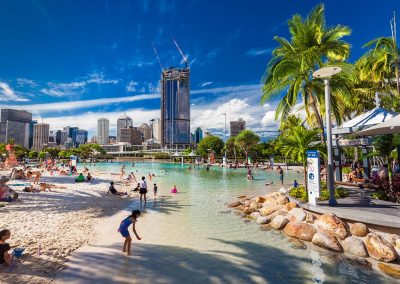 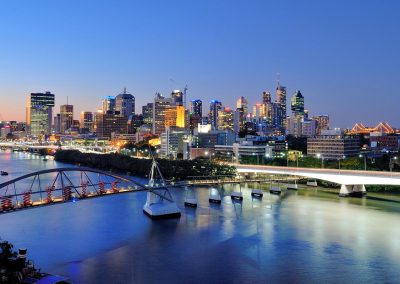 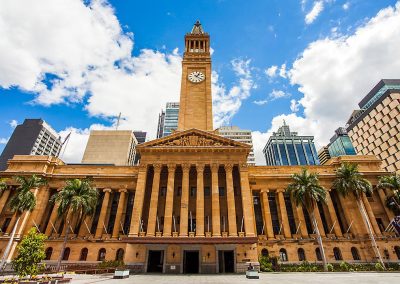 How it all started

Advertisment
When Brisbane was founded in 1823, today's capital of Queensland was anything but an oasis of well-being. The more than 300 days of sunshine, which today draw countless holidaymakers suffering from wanderlust into the bustling city, did not make it easy for the occupants of the then British penal colony to carry out their work. Today, however, Brisbane is a young metropolis that doesn’t only boast a rich art and culture scene, but is also an ideal starting point for trips to the islands of the Great Barrier Reef, the Gold Coast and the Glass House Mountains.

Book a flight to
Brisbane now.

Book a hotel in
Brisbane now.

Book a car
in Brisbane now.

Whether you are looking at the stars, hanging on the ropes or camping in the outback, in Brisbane the adventurous heart beats faster. One of the absolute highlights for giddiness-free holidaymakers is a climb to the Story Bridge, from where you can enjoy the breath-taking panorama over the Glasshouse Mountains in the north. And if that's not enough excitement, you can jump from 30m up of Brisbane's landmark.
Alternatively, the more than one-kilometre-long landmark can also be admired as part of a cosy boat trip on the Brisbane River. On the south side of the river, the beautiful South Bank Parklands with the sparkling Streets Lagoon, a Nepalese temple and restaurants, invites you to relax. Rested, you can now visit the adjacent attractions, such as the Queensland Conservatory of Griffith University, founded in 1881, the amphitheatre Suncorp Piazza and the large Convention & Exhibition Centre. You can also visit the Sir Thomas Brisbane Planetarium in the City Botanic Gardens which opened in 1855, between the city centre and the Brisbane River. Thanks to numerous elaborate animations, even the most complex connections are presented to children in a simple and understandable way.

Off to the Wild 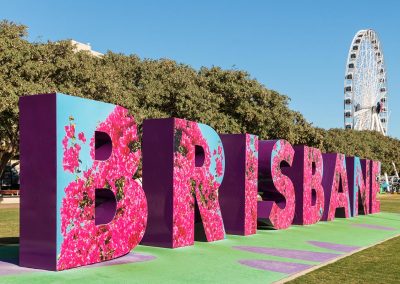 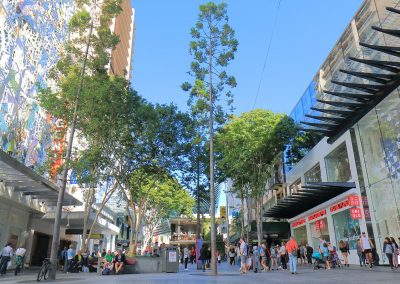 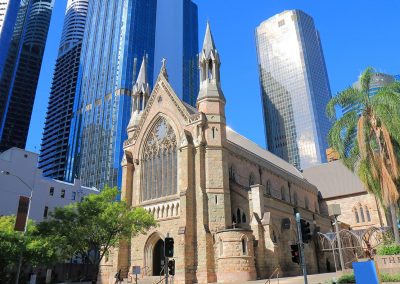 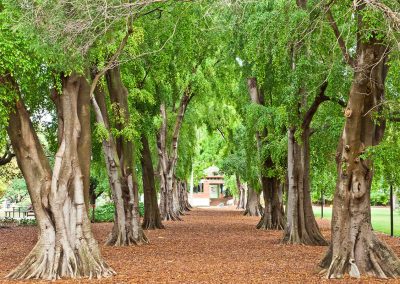 © niponxene / shutterstock.com
Ever since Crocodile Dundee and the adventures of documentary filmmaker Steve Irwin, who died in 2006, the Australian wilderness is the destination of many holidaymakers. A real insider‘s tip for adventurers is a trip to the Nightfall Wilderness Camp, located less than 70 miles from Brisbane. Spend unforgettable nights in the luxurious outdoor safari tents, enjoy the cosy barbecue in the bush and explore the rainforests, river landscapes and waterfalls of Lamington National Park. The monumental Glass House Mountains north of the city are also worth a visit from non-climbers.
Not only animal lovers make their way to the largest koala sanctuary in the world, to the beautiful park landscape "Lone Pine Koala Sanctuary", in which in addition to the koala bears you can also see wombats and kangaroos. Here in Queensland you can cuddle a koala 30 minutes a day. The carers even record the time of petting with a time clock to keep an overview of the time. By the way, every Queensland Koala has "a day off" every three days...

The coastal region around Brisbane is an Eldorado for all types of water sports enthusiasts. The best way to begin is with the ferry from Brisbane's harbour across the crystal-clear coral sea to the third largest sand island in the world, Moreton Island. Due to its almost untouched lagoon and beach landscape, the island is especially suitable for exploring the underwater world with snorkels and compressed air bottles. After all, not only exotic fish and colourful corals await you on the famous reefs, but also a few shipwrecks, which you can explore alongside an experienced dive guide.
Surfers and kiters, however, can get their money's worth on the paradisiacal sand island "North Stradbroke Island", lovingly named "Straddie" by the locals. In Surfers Paradise, in the famous "Laid back Strand" on the Gold Coast, you can get the best view of the Q1 Tower. There are also beautiful beaches a little further south, namely in Byron Bay. And if you spend your holiday in Brisbane between June and October, you may even observe whales up close and take beautiful souvenir photos during your maritime forays.
powered by