More than Schnitzel, Sausages and Waltz

The Viennese are experts in living their lives with incredible savior-vivre. The day starts with a cozy breakfast in a traditional coffee house under the shadow of baroque facades. Then it continues comfortably with the Fiacre passing by St. Stephen’s Cathedral and Hofburg to work, where the Viennese inevitably spend a little time, before going first to the sausage stand and then to the Danube Island for a relaxing moment. The day ends with a real Wiener Schnitzel and a nightcap at the Skybar with a view over the most beautiful city in the world. Cliché or truth? Find out for yourself. 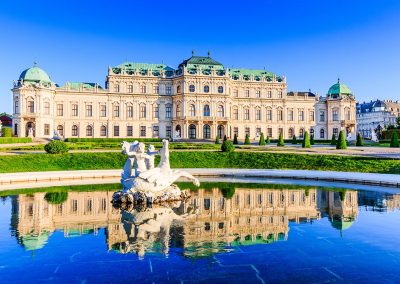 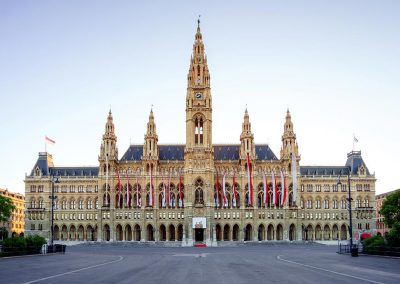 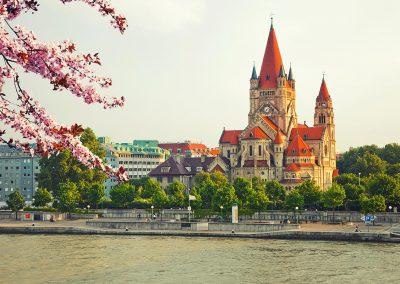 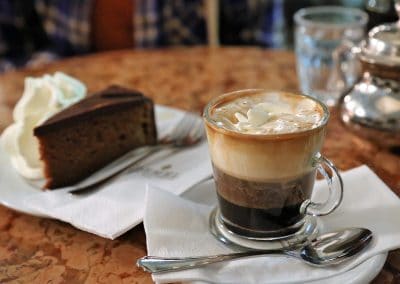 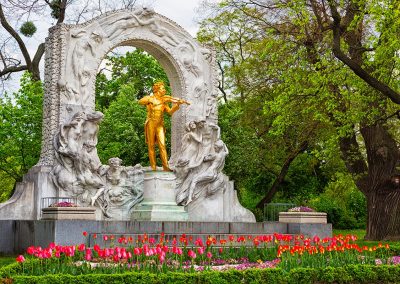 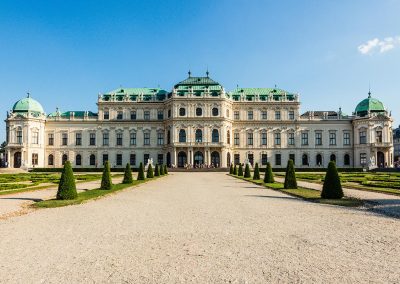 Visit the most beautiful places in Vienna

Advertisment
If you want to discover the numerous interesting places in the Danube metropolis, you have to get familiarized with Viennese art. And where better than in a place where the Viennese owe their “Vanillekipferl“ (biscuits) and the coffee-house tradition? We are talking about the Kahlenberg, the 484-metres-high mountain.
After all it is the place where the fate of the capital of Austria was at stake in 1683 in the context of the "Second Siege of Vienna“. After the Polish king Jan Sobieski had rescued Vienna (which true local patriots still deny to this day), sacked coffee beans were found in the camp of the Ottomans. The busy Viennese use this to justify the western coffee culture. Today, the Kahlenberg with its 22-meters-high observation tower is the best place to enjoy the impressive view over the Vienna’s Basin and the Danube Island.
The 21-kilometres-long island in the heart of the city is an ideal place to relax from all the sightseeing tours with activities such as cycling and picnicking or shake off the stress of everyday life on the world's largest trampoline. No wonder the Viennese love their Danube Island so much.

Book a flight to
Vienna now.

Book a hotel in
Vienna now.

Book a car
in Vienna now.

Gossip has it that for every ten Viennese you encounter, your eyes will take a glimpse to a magnificent building of the Habsburg monarchy. Whether these numbers are correct or not, no one has ever confirmed, but one thing is certain: culture lovers will be astonished with all the imperial splendour. You can be you will find something that pleases you in the historic heart of Vienna, a UNESCO World Heritage Site. Whether you stroll through the state hall of the National Library, visit the Sisi Museum, get in touch with the great rulers of European history in the Imperial Crypt (also known as Capuchin Crypt) or explore one of the largest palace complexes in the world, the Vienna Hofburg. There is no lack of worth seeing places.
Since your feet will begin to hurt really quickly from walking on the Ringstraße, with its magnificent Baroque façades, the traditional Fiacre come precisely at the right time. Get in and stroll through the streets of the city just like Emperor Franz Joseph and Empress Sissi, while the coachman will let you in on all sorts of secrets around monuments such as St. Stephen's Cathedral, also known as the Steffl, as it is called by the locals.
The cultural trip is completed with a tour to the Belvedere outside the gates of the city and a visit to the largest palce in Austria: the Schönbrunn Palace with its 1,441 rooms, of which you can “only“ visit 45. It is not without a reason that people in Lower Austria say that the Viennese do not like sharing. On the other hand, the Viennese love to share their love for music. After all, the self-proclaimed world capital of music with the Mozarthaus, Schubert Geburtshaus (Schubert's birthplace) and several Beethoven's residencies is a true Eldorado for lovers of classical music.

Family fun in the Danube metropolis 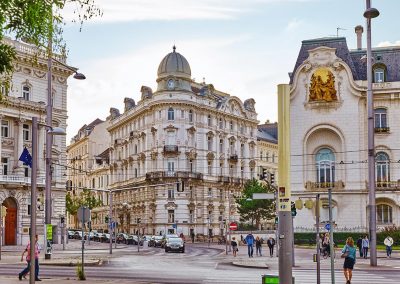 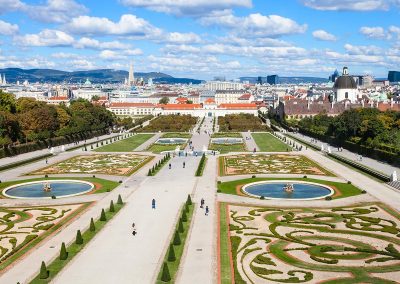 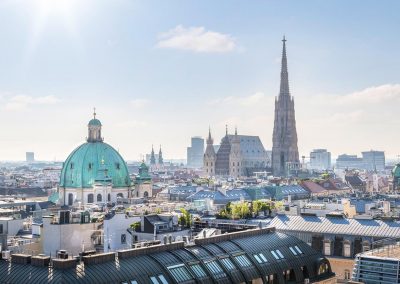 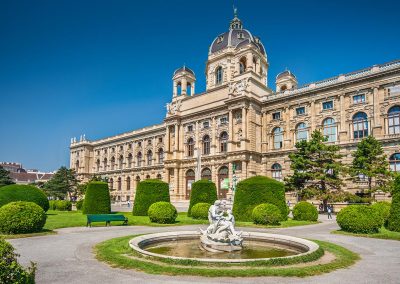 © canadastock / shutterstock.com
Viennese are fun-loving, good-natured and love convenience. But "Raunzen" (nagging, complaining) also belongs to their DNA. In order for your children not to adapt too much to local customs during your holiday, at least regarding the latter point, Vienna also has a lot to offer to the little ones. An absolute highlight for little adventurers is a night safari through the Schönbrunn Zoo, where you can roam through the South American Park, experience real tropical thunderstorms in the rainforest house and get up close with nocturnal lions.
You can also take a spin on one of the Viennese landmarks, the Prater, observe the stars in the Kuffner Planetarium or shake hands with the late singer "Falco" in Madame Tussauds. Although he is venerated as an icon in Vienna, his tomb is considered by the Viennese to be the most hideous tomb in Central Europe. That is probably the famous Viennese humour – or “Schmäh“, as it is called in Viennese. But beauty is well known in the eye of the beholder. And in response to rather bad news, the Viennese reacts quite relaxed with "ah, everything will work out".

Enjoy the best schnitzel in the city

Even if the Viennese do not always end up with a Wiener schnitzel on their plates every day, their cultural heritage is much loved. When asked where the best Schnitzel in the city can be found, the Viennese also agree: in the famous "Figlmüller" in the "Wollzeile", accompanied with potato salad (potato salad with corn salad) and cranberry jam, of course.
A real insider’s tip is also the "Gmoakeller" at Heumarkt in the 3rd district, where people eat and drink since 1858. In addition to the plate-sized Schnitzel there are also other specialties that will make you lick your fingers. You should absolutely try the butter tender Tafelspitz, the Nockerln, the pancakes and the Bohemian potato dumplings "Powidltascherln" stuffed with plum jam. True to the motto "ratter too much than too little", the order is made with the graceful salutation "Herr Ober" (waiter).
And if you like it extra sweet, you can enjoy a deliciously steaming apple strudel or a piece of Sachertorte (chocolate cake) just like the Viennese cliché. For something more romantic you can visit the Skybar in Kärntner Straße, where you can enjoy the sunset over the metropolis on the 18th floor with a glass of "Heurigen". Yes, indeed - the Viennese have a great sense of savoir-vivre. We can also forgive them the "Raunzen" (constant complaining).
powered by 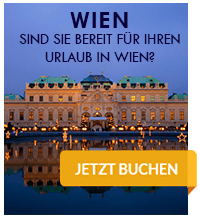