Chocolate city in the heart of Europe

Chocolate city in the heart of Europe

Although everyone knows the name of the enchanting capital of Belgium, its atmosphere is often overlooked alongside its role as a cosmopolitan hub. Reason enough to close this educational gap and take you on an exciting journey of discovery through the twin city of Berlin. Join us to historic sites such as the Royal Palace, explore the centre of power, walk in the footsteps of Lucky Luke and round off your holidays with a trip to a contender for Europe’s best international nightlife. 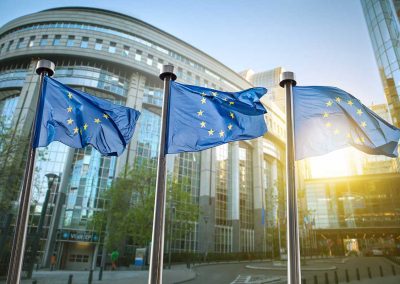 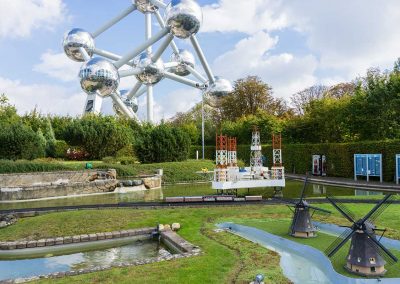 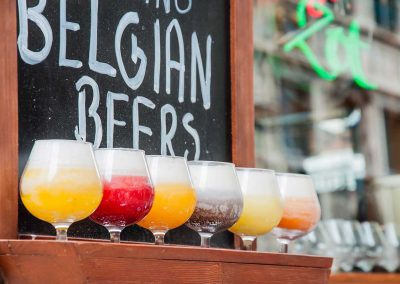 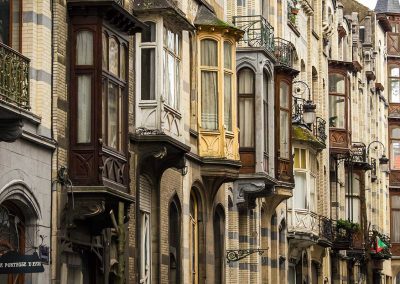 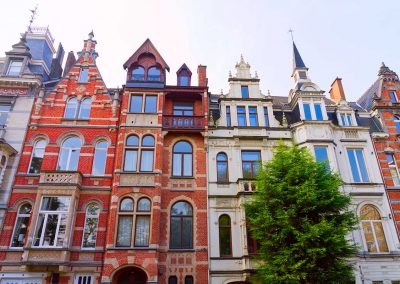 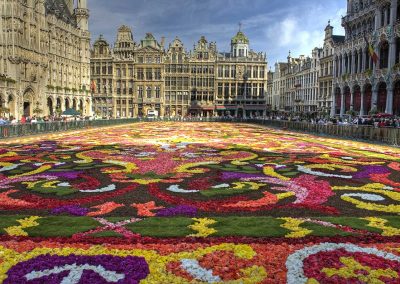 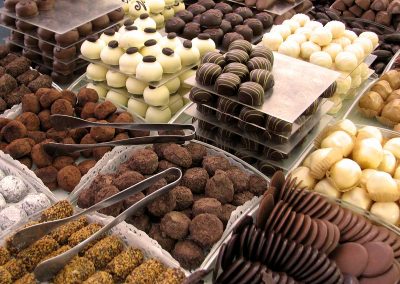 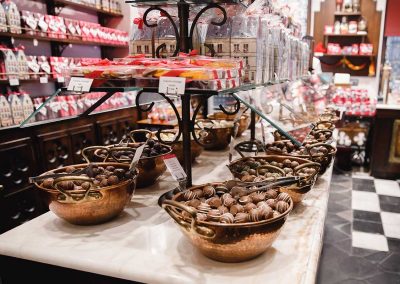 Foray through the classic Brussels

Advertisment
Brussels is a city with many faces; something you will quickly realise after a walk over the Grand Place in the heart of the city. Magnificent neo-Gothic façades, countless sculptures and last but not least, the decorative guild houses that line up like pearls on a string and will take you back to a bygone era while modern life thrives on the square. If you like, you can immerse yourself even further in the history of Brussels while visiting the town hall with its characteristic tower and the Maison du Roi with its own museum. You will also pass by the most famous inhabitant of Brussels!
We are talking about Manneken Pis, a 61-centimeter little guy who urinates completely unabashed into a fountain's basin and gets photographed by a number of tourists with selfie sticks. What few people know: In Brussels, it's not just this little guy who is up to mischief, in a small alley near the Rue des Bouchers awaits the female equivalent, "Jaenneke Pis". And if that was not enough, there is also a peeing dog named Zinneke on the corner of Rue de Vieux-Marche. With this insider knowledge you will certainly score points at the next smalltalk.

Book a flight to
Brussels now.

Book a hotel in
Brussels now.

Book a car
in Brussels now.

On the other hand, if you want something more suitable, you can visit the Basilique Nationale du Sacré-Coer, which is located just outside the centre. The sacred building, one of the 10 largest Roman Catholic churches in the world, impresses not only with its unique Art Deco style, but also with its view over the Brussels skyline from the 54 meters high viewing platform.
If you come to Brussels during spring and autumn, you should not miss the sunset from up here. The summer holidays are the ideal travel time for all royalists. After all, it is at this time that the gates of the royal palace are open to visitors. Anyone who has ever wanted to see the king's famous mirror room or study should take the opportunity to attend a free tour of the Palais Royal.
Another place worth visiting is the Atomium on the former Expo site. The very smart ones will immediately realize that it is a 165-billion-fold enlarged unit cell of an iron crystal structure and will be stopped in their tracks at the foot of the 102-meter-high miracle. All the others can go inside and, in addition to the fantastic view, enjoy a little refreshment in the restaurant at the top of the building. 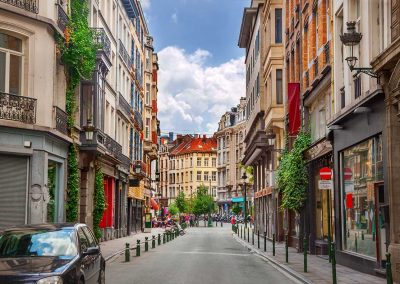 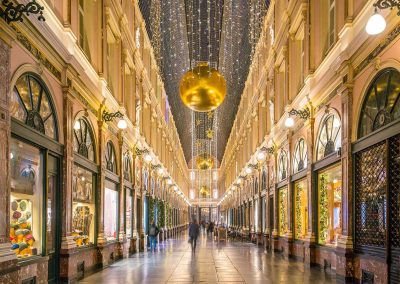 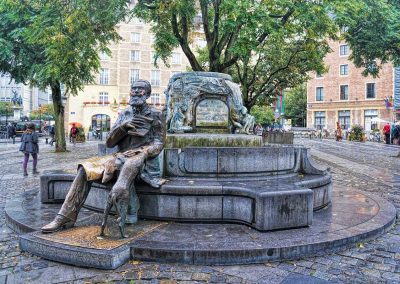 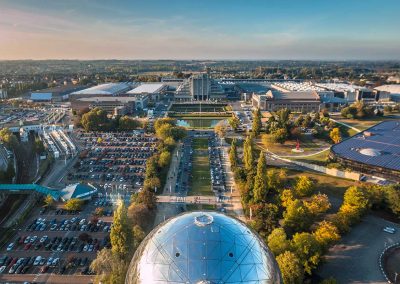 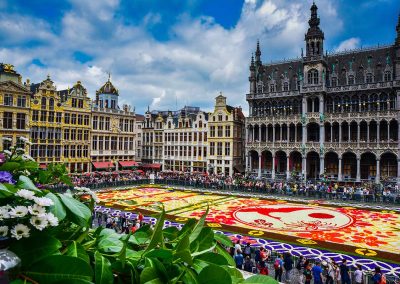 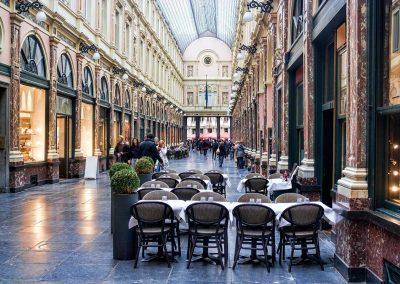 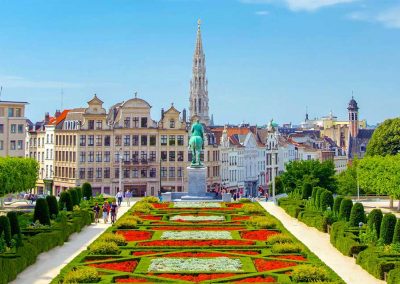 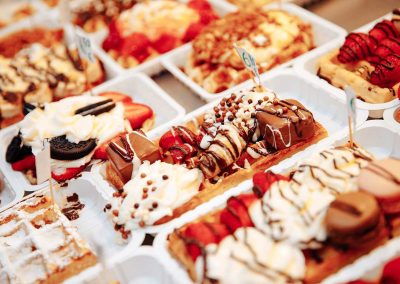 © Parilov / adobe.com
As we're talking about eating: temptation lurks around every corner. After all, the smell of warm chocolate, waffles, fresh French fries and other delicacies waft around in the winding alleys between the narrow houses almost everywhere. For a snack in between, there is nothing better in Brussels besides Maison Antoine than a portion of "Frit Flagey" fries on Place Eugene Flagey.
Different French fries sizes and more than 20 unique sauces make the fry shop a real French fries paradise. Maybe something special, but all the more delicious are the "moules fries", which are French fries with mussels - the specialty of Belgium. Sweet tooth’s, on the other hand, can treat themselves with one or two hot waffles on Rue de l'etuve, where waffle stands are gathered.
If you cannot decide between cream, caramel, kiwi and chocolate topping, we highly recommend the "pure" version, which is entirely without cream and only with a little icing sugar. A trip to one of the many chocolateries is also not far away. Just to get a present for the ones who stayed at home, right?

Explore the centre of power

Equally inseparable from Brussels is the European Quarter. The heart of Europe beats in the triangle between the Leopoldpark, the worth seeing Parc Cinquantenaire and the Brussels Parc. No matter whether you are politically interested or not, a trip to the visitor centre of the European Parliament is and remains impressive. As part of the elaborate multimedia exhibition, you can take a virtual tour through Europe, listen to the multilingualism of the continent in the "Tunnel of Voices" and experience the hustle and bustle of the European Parliament in the 360-degree panoramic cinema. If you visit the centre of power you will get a free tour of the parliament building. If you like, you can even follow a plenary session.

Comic book fans should keep their eyes open on their way through the cosy metropolis. After all, comic celebrities such as the Smurfs, Lucky Luke, Gaston and Tim and Struppi are displayed on more than 50 prominent façades. You want to see all works of art? Then an almost three-hour walk on the Comic Strip Route is just the thing for you. It starts at the corner between the Rue du Marché and the Rue des Teinturniers. And if you still do not have enough after the tour, you can also visit the comic museum where you can appreciate a full dose of slapstick.
Something more serious, but no less interesting, is a visit to the Royal Art Museum, the Weapons Museum and the Jewish Museum of Belgium. While those seeking peace and quiet are drawn to the greenhouses and their tropical flora after the hustle and bustle of the city tour, families can visit the miniature park "Mini Europe". More than 350 European monuments are just waiting for you to take a selfie with them.

Drink a beer in the cemetery

Brussel is famous for its nightlife, and the city of 1,000 beers is a city where student culture and cosmopolitan lifestyle meet. Therefore, it is not uncommon for some local students to invite you to a "beer in the cemetery".
Do not worry, you will only drink your pils, cherry or chocolate beer near the "Cimetière d'Ixelles" - an area near the university, where you can quickly make contacts for the journey through the exciting nightlife. Fans of electronic music can visit hip clubs like the legendary "FUSE", the "Bloody Louis" or the "Spirito Brussels", which is considered by Edge Channel number 7 on the list of the world's most beautiful clubs.
No wonder, because it is celebrated in an old church. And if after all the sightseeing you do not feel like dancing, you can spend a sumptuous evening in the bar "Rouge" with champagne and noble spirits. Beer lovers, however, get their money's worth in the bar "Delirium". But please do not take the name of the place too literally, it would be a pity for the memories of your trip to Brussels.
powered by