Carnival, Kölsch and a Kranz

“Hey Kölle do bes e Jeföhl.” [Hey Cologne you are a feeling] This is the title of one of the most famous songs about the cathedral city. And the interpreters “De Höhner” are quite right with their praise for Cologne, because in the city on the Rhine there is indeed a very special feeling for life.
It is not just the carnival or the Rhenish looseness after the Cologne slogan “Et still jotjejange” [it has always gone well], but also the rich history of the over 2,000 years old city. Districts with amusing names like Köln-Porz, Köln-Zollstock or Köln-Nippes are just waiting to be discovered by you – you can get in the mood listening to the club anthem of 1. FC Köln… 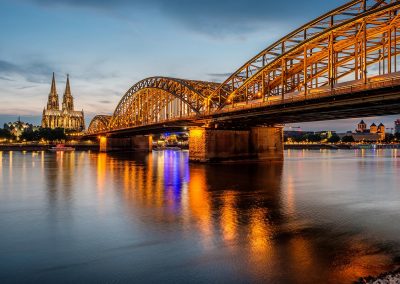 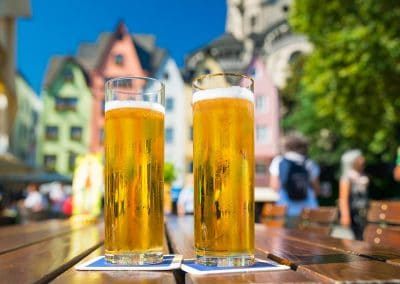 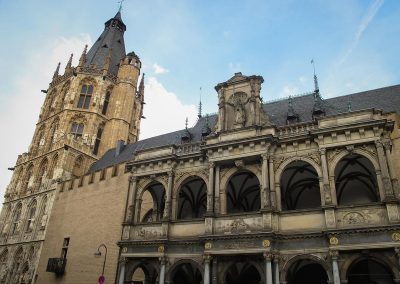 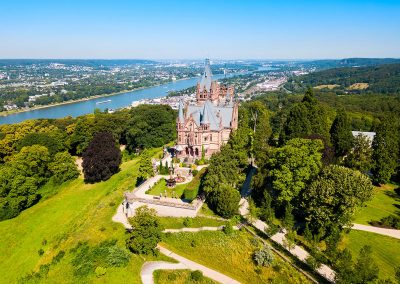 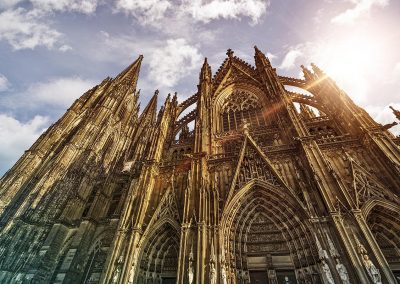 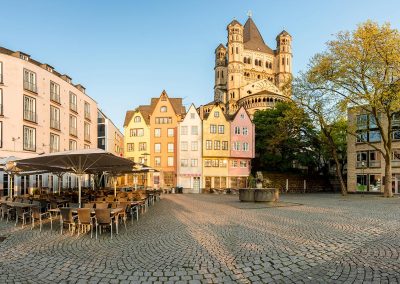 A journey through the eventful history of Cologne

Advertisment
Founded as a Roman colony under the name of "Oppidum Ubiorum" and raised to city status "Colonia Claudia Ara Agrippinensium" as early as 50 AD, Cologne can look back on a long past. You can feel every stone breathing its history on a first tour of the city. After all, in addition to the distinctive cathedral and remains of the medieval city walls also numerous relics from Roman times can be found.
If you do not just want to scratch the surface, you will take part in a historical guided tour of the cathedral city. While taking the cathedral tour right through the interior of the magnificent gothic building, as part of an underworld tour through a Roman water canal you will descend deep into the ancient and medieval history of Cologne.
Through almost 2,000-year-old corridors and a wide network of medieval escape tunnels, you reach places worth seeing such as a Roman-Frankish burial ground and the underground remains of the Roman governor palaces and the harbor building of Cologne, which are considered the oldest stone monuments in Germany. The history detour is rounded off with a night watchman tour through the old town lined with patrician houses as well as a visit to the Roman-Germanic Museum.

Book a flight to
Cologne now.

Book a hotel in
Cologne now.

Book a car
in Cologne now.

Cologne in the fifth season

Every year, people from all over the world travel to Cologne to celebrate the Rhenish Carnival. No wonder, because in no city is the fifth season as actively lived as in the cathedral city - even if the Düsseldorfers probably think differently. So if you have something for the hustle and bustle with costumes, Schunkelmusik (traditional Carnival music), Büttenreden (Carnival speeches) and plenty of Kölsch beer left, then it is worth a trip to Cologne in the carnival time. After all, you can not only look forward to atmospheric ceremonial meetings, but also to highlights such as the handing over of the city hall key to the "Jecken" on Weiberfastnacht (the city hall takeover evening) and the big Rose Monday parade. 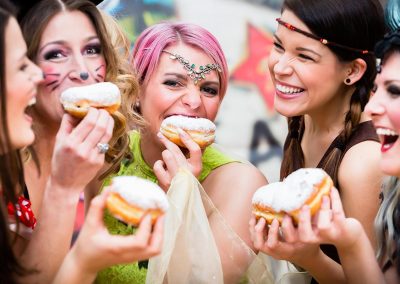 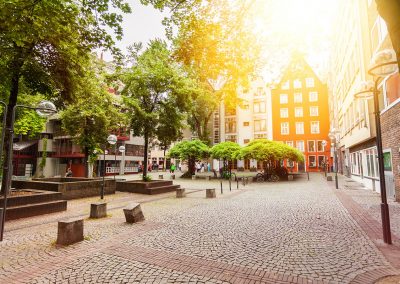 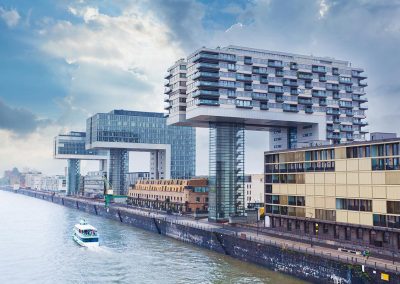 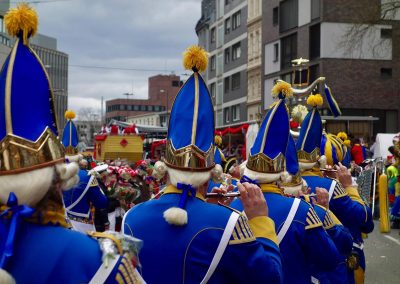 If you are in Cologne and would like to understand the rustic but hearty "Kölsch Art", then you can not avoid a visit to one of the many quaint restaurants in the old town. In addition to the obligatory Kölsch beer you will be served here, one or the other hearty specialty that arouses false expectations with many guests from beyond the city limits. If you order a "Halve Hahn" [Half chicken], you should not be surprised if, instead of half a grilled chicken, a rye bread with medium gouda, mustard and onions is served. Regardless - delicious it is anyway.
Unlike in Bavaria, which calculate the beer in Maß (1l mug), the people from Cologne serve it in pleasant 0,2l glasses. Früh, Gaffel, Mühlen or Reissdorf are not city districts - but beer names. True to the motto "no beer before four", the evening starts exceptionally at 4 o‘clock in the afternoon.
You should also try the typical Cologne dish: “Himmel un Ääd”, a spicy-sweet combination of mashed potatoes, apples and sautéed black pudding. And if you like it a bit more hearty, you can order the traditional "Krüstchen", a Schnitzel fried with a fried egg. If you are in the mood for something more "upmarket" of Rhineland specialties, then the one-star restaurant "Himmel un Ääd" is exactly what you are looking for.
Significantly less hearty, but all the more sweeter is the Chocolate Museum on the banks of the Rhine. After an exciting tour of the history of the cocoa bean, a real chocolate fountain awaits you at the end of the tour. The fact that you get the best chocolate cake of the city in the museum café, is not that surprising.

And what else does Cologne offer?

Father Rhine invites you on a boat trip, from where you can enjoy the silhouette of the city with coffee and cake from a panoramic lounge. Cycling along the banks of the Rhine also provides relaxation. While especially the little visitors are looking forward to a visit to the Cologne Zoo, culture lovers will get their money's worth in art museums such as the Museum Ludwig or during a rousing performance in the Musical Dome.
Whatever draws you to Cologne - the three K - Karneval, Kölsch and Kultur welcome you with absolute warmth, openness and the legendary love of Cologne.
powered by 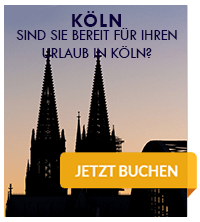