The world-famous beauty and its scenic location between the Neckar river and the foothills of Odenwald have always fascinated the visitors. In the city of science and culture, high above the city towers its landmark – the castle, which lit up every evening, enchanted the view with a picturesque sight: Its small-town charm, with its winding streets, cobblestones and the countless bars and cafes conveys a very special feeling that Heidelberg distinguishes itself from other university cities, accompanied by dreamy romance and a very classy cultural offer and events. In Heidelberg you can very well lose your heart… Want to bet? 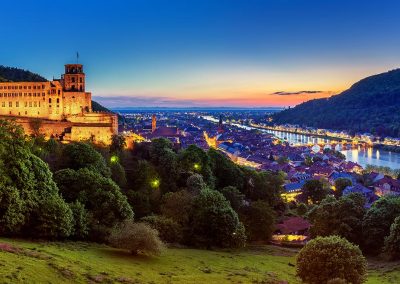 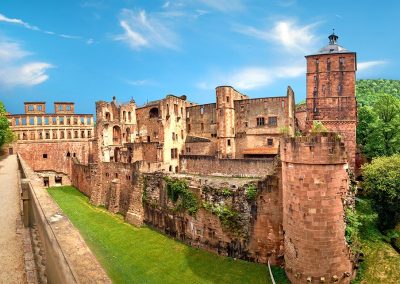 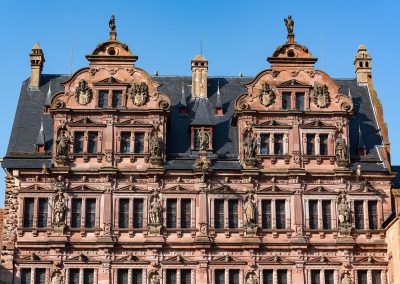 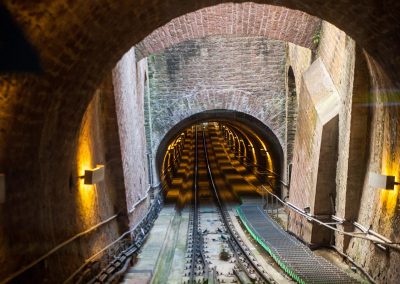 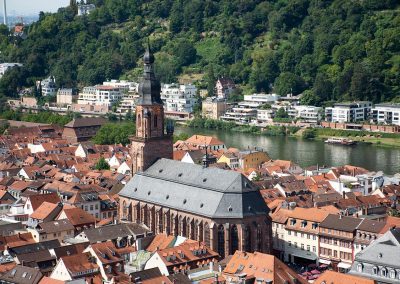 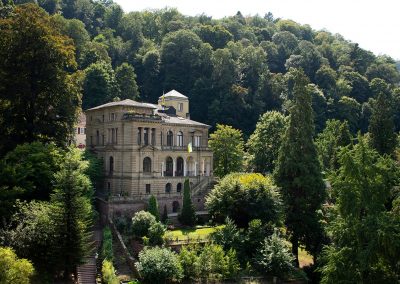 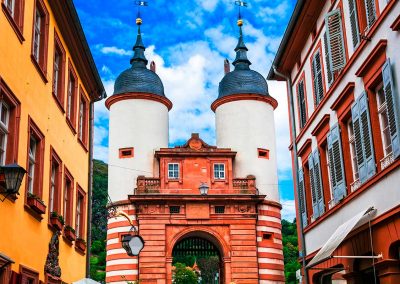 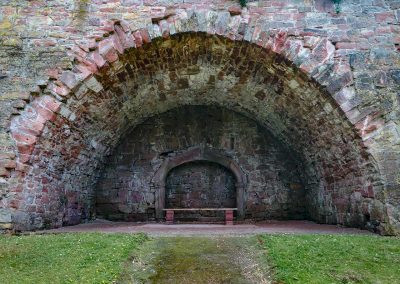 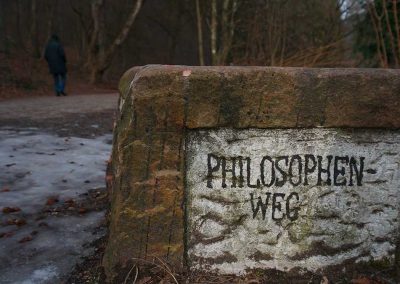 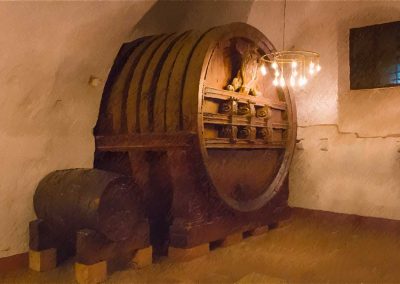 How it all started

Advertisment
The fact that the picturesque student city of Heidelberg, next to the Neckar river, is visited by more than 3.5 million people every year has a reason: Here, the civilized life of man in Europe took its origin. Well, at least scientists in a cave near the city limits discovered in 1907 the first traces of human life on the continent - bones of Homo heidelbergensis. The city itself is not quite so old, but has something in store for young and old visitors. The famous "Alte Brücke" (Old Bridge) from 1947 connects the Neckar River with the historic old town, in which you enter through the medieval drawbridge gate...

Book a flight to
Heidelberg now.

Book a hotel in
Heidelberg now.

Book a car
in Heidelberg now.

History has left some marks in Germany's oldest university town. Of course, Heidelberg is best known for the ruins of the Heidelberg Castle, of which its towers majestically rise high above the river Neckar above the rooftops of the old town, inspiring the imagination of romantic poets from the 19th century. The romance has not disappeared until today, because the ruins are still a tip for couples who want to enjoy the view of the nocturnal Heidelberg together. Especially recommended is the excursion on the 1st Saturday of June and September as well as on the 2nd Saturday of July, when the best fireworks of the region provide a high-quality fireworks spectacle.
Right at the base of the castle hill, culture lovers will feel in the lap of luxury. After all, there is certainly no shortage of museums, worth seeing town houses from the Biedermeier period and buildings such as the Palais Weimar in the city in which the Vormärz democratic movement originated. But let's be honest: By day, Heidelberg is a beautiful little town with its many visitors from all over the world. But when the shadow of the night falls over the city, its true secrets come to light...
And what would be better than framing it all in the context of a night tour? Next to the sinister night watchman or, alternatively, the dainty hangman's daughter, the candlelight passes through the even darker lane, where once cheerful students disappeared without a trace and one or the other devil's mischiefs happened.
Those who like it a little less scary, join the day in a Roman centurion‘s life or walk on the philosopher's path, on which even poet Prince Goethe was traveling. A well-known circular route, which faces the castle and the with the Königsstuhl laying on the opposite side and fascinates with an impressive flora. Visit the philosopher's garden: this is one of the warmest places in Germany with exotic plants in abundance: bamboo, palm trees, pine trees, cypresses, brooms, lemon trees and pomegranate tree are reminiscent of the beautiful Tuscany. The cultural offer is completed by a trip to the German Pharmacy Museum, the Museum of Antiquities and the Egyptian Museum. 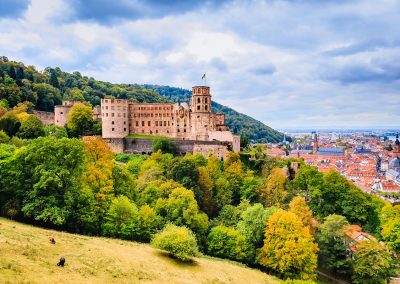 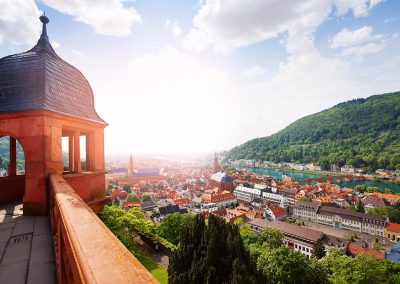 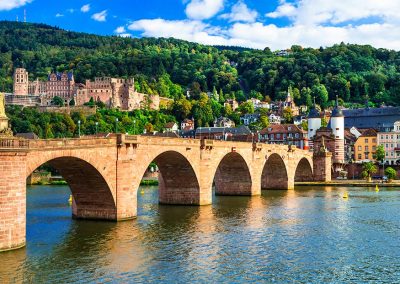 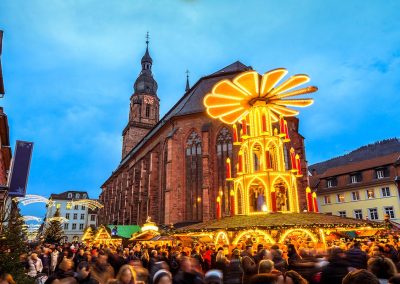 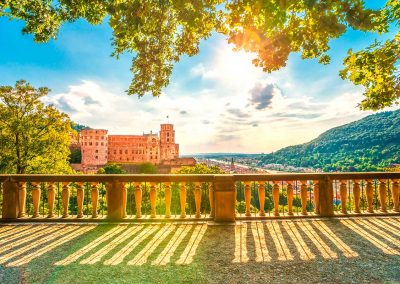 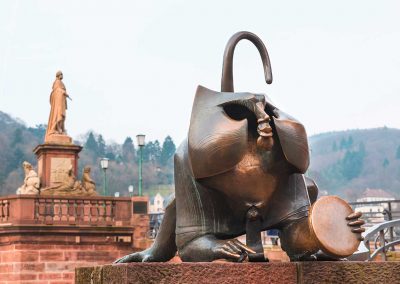 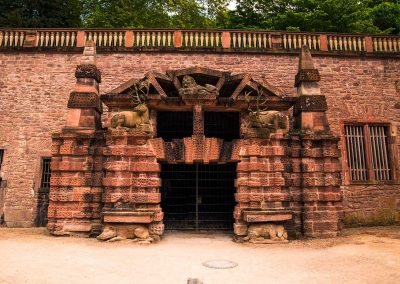 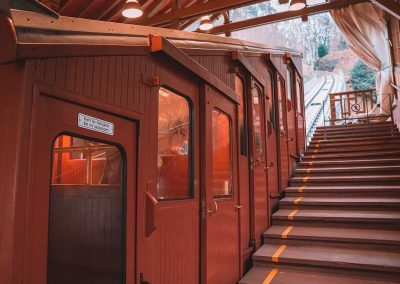 Immerse yourself in the nightlife of Heidelberg

Heidelberg is not a normal student city. This is quite obvious since one in every five residents belongs to the "sleeping in" guild. The nights in Heidelberg's old town are correspondingly long. Anyone who wants to reminisce about his or her own student times or just wanting to have fun, is in good hands between Karlsplatz, Römerstraße and Neckarufer.
The offer ranges from quaint student bars such as the "Zum Brückenaff" or hip locations such as the "Orange" and "Maxbar" at Rathausmarkt to the places where the "Burschis" celebrate. That's what people in Heidelberg still call students who join one of the more than 150-year-old fraternities and like to tell stories about their adventures. Something available only for the more daring travellers is the "Warme Erpel", a mixture of spirits that is often served, but nobody really knows exactly what was actually mixed there. A "Heidelberger Ferz" or "Der Gehängte" are specialties that you can enjoy as well as good music and a relaxed atmosphere. Until the curfew at 4 o'clock in the morning, fun is guaranteed in any case.

The city itself is fascinating, but the surrounding area has a lot to offer with its Neckar Valley, the adjacent Odenwald and the Upper Rhine Plain. If you like, you can lace up your hiking boots, set off from Heidelberg for the Königsstuhl, which is seven kilometres away, and enjoy the breath-taking panorama from 567 meters above sea level.
Alternatively, the contemplative flowing Neckar Aktivurlauber attracts active vacationers with ideal conditions for canoe trips in front of a historic backdrop and well-developed bike paths, which invite you to extensive exploratory tours. Anyone who has experienced this once knows why the poets of the Romantic period did not consider Heidelberg to be the most beautiful place in German lands in vain. Maybe you're like Mark Twain, who in his speech about Heidelberg said: “I have never enjoyed a view which had such a serene and satisfying charm about it as this one gives”.