Abroad everyone knows: beer, mountains, Eisbein, leather trousers and fairy-tale castles are typically German. According to this definition, Munich would be the undisputed capital of Germany. A fact on which the real Munich can only agree on. After all, aside from the Oktoberfest hype, Hofbräuhaus and the Nymphenburg Palace, the world capital of hospitality also offers a variety of museums, a world-famous surf spot and an outstanding nightlife. 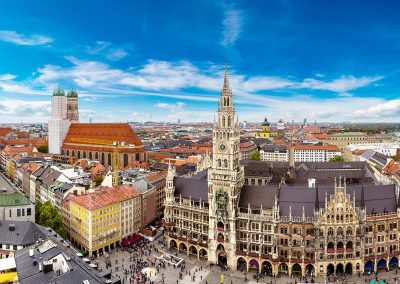 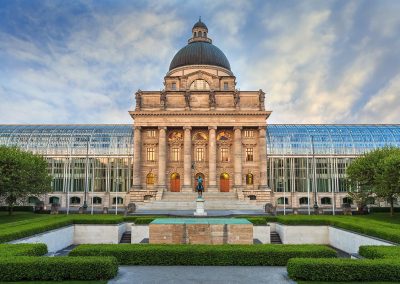 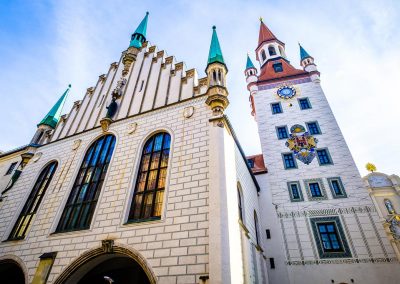 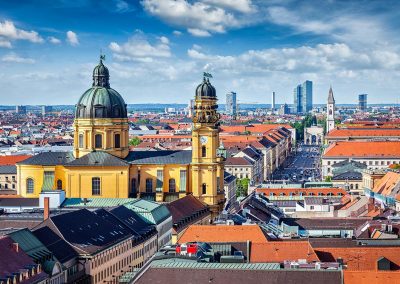 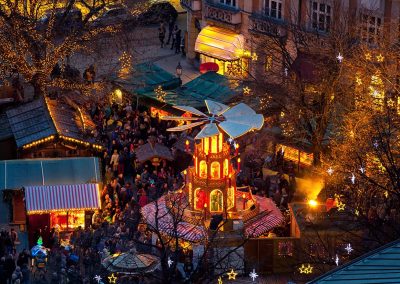 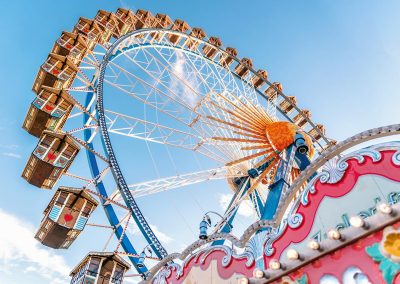 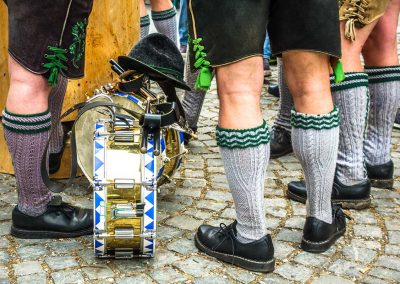 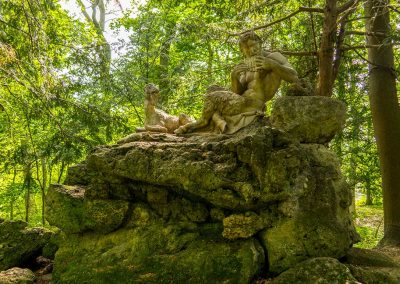 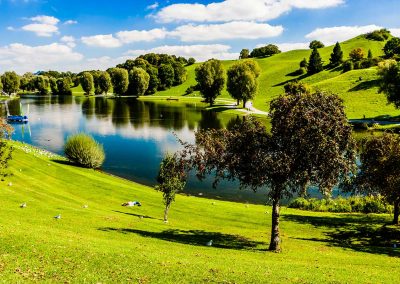 Sightseeing between Marienplatz and Isartor

Advertisment
"When I saw the sun over Munich and then the beauty of Feldherrenhalle, Marienplatz and Frauenkirche, I was speechless. I had never seen this city in my life." This quote from the Munich comic veteran Karl Valentin describes quite rightly the feeling that sets in during a sightseeing tour in Munich. But before heading to Munich's major attractions, it's worth making a visit to the "Valentin-Karlstadt-Musäum" on Isartor, which helps tourists from Prussia, as the Bavarians affectionately call the rest of Germany, to immerse in the culture of the Bavarian state capital. From the Isartor, you finally leave with a good portion of "Mia san mia" in your blood and walk to the Marienplatz, where every hour the carillon with the Schäfflertanz from the Town Hall Tower invites you to linger. You should also definitely take part in a city hall tour. Not only does this give you the opportunity to learn more about the history of one of Munich's landmarks, but you can also get to the town hall balcony. An experience that normally only the professionals of FC Bayern Munich are allowed to enjoy during their championship party.
Continue to the Frauenkirche, before heading over the Stachus (Karlsplatz) to Odeonsplatz, where there is plenty to see with the majestic Feldherrenhalle, the Hofgarten and the Munich Residenz. Not to be missed is a visit to the Nymphenburg Palace. But beware, you can spend several hours alone in the magnificent garden and the adjacent deer garden.

Book a flight to
Munich now.

Book a hotel in
Munich now.

Book a car
in Munich now.

A paradise for culture Lovers

Museum-goers will also get their money's worth in the city on the Isar. “Art is beautiful, but requires a lot of work.”, said Karl Valentin once. That this work of the city is worth even today, shows a ramble through the numerous galleries and museums in Munich. Starting with the Brandhorst Collection, the State Museum of Egyptian Art, the Potato Museum and the Alte Pinakothek with the largest public painting collection in the world, there’s something for everyone.
Insider’s tip: Are you looking for a "cool" alternative to the classical art museums? Then the Rock Museum at the Olympic tower is just the right thing for you. If you are more interested in technology, you can rather visit the BMW Museum at the also worth visiting Olympic Park, and the Deutsches Museum on the picturesque Museum Island in the middle of the Isar. If you are interested in the history of the National Drink of Bavaria, you will find everything you need to know in the Beer and Oktoberfest Museum. 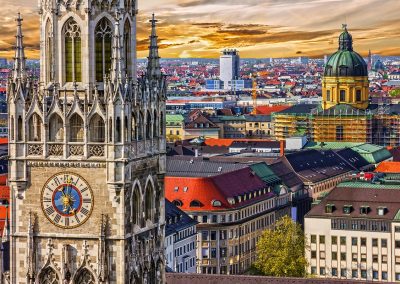 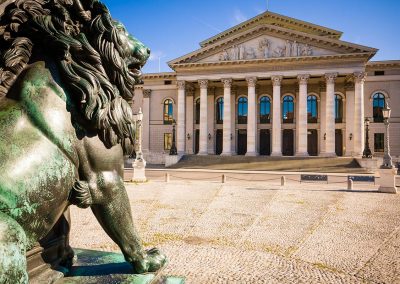 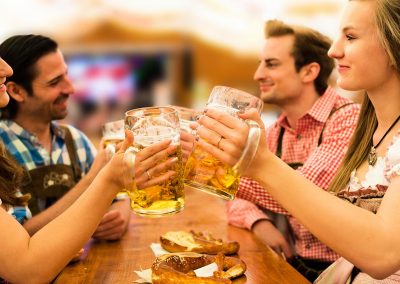 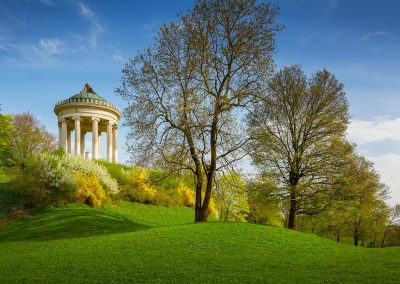 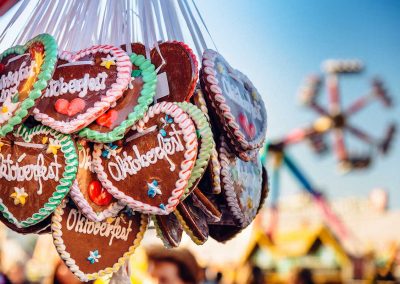 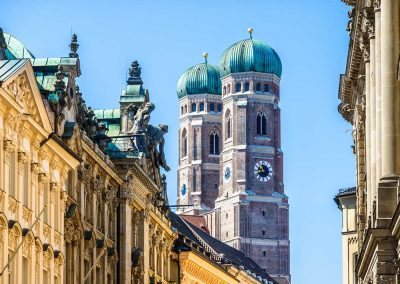 © FooTToo / shutterstock.com
Speaking of Isar. Anyone who is strolling through the English Garden with the Chinese Tower and the Japanese Tea House with a child and an ice cream cone, can also make a quick visit to Eisbach. After all, the so-called Eisbach wave is considered among surf cracks one of the most spectacular surfing spots in Europe.  Visitors who would like to do a few standing tests on the board themselves, should leave the Eisbach wave to the professionals and try instead the beginner-friendly raft lands.
Significantly quieter but no less impressive is an Isar raft ride. After all, what could be more enjoyable than sailing through the heart of Munich in glorious sunshine and a traditional veal sausage breakfast on an Isar raft? Insider’s tip: A bit more exhausting, but also cheaper and infinitely idyllic is such a tour on your own by inflatable boat. You can get suitable boats from providers such as Doktor Boot. So, "pack ma's?” (let’s do it?).

In Munich you do not walk daily with the best party dress through the city, but opportunities are not lacking: Spring Festival, Maidult, Starong Beer Festival, Kirchweihdult, Jakobidult ..., convinced? Then put on your dirndl and strap on the leather trousers and experience pure Bavarian tradition. The most famous event here is probably the Oktoberfest on the Theresienwiese, a spectacle that should be on every bucket list. Alternatively, real Munich locals also recommend the Auer Dult. There you can also find tasty beer, crisp pretzels, juicy chicken and incidentally a much less touristy atmosphere. The ideal place to explore the "real" local customs of this city.
But even aside traditional festivals, the state capital invites you to turn the night into day. It all starts in proper style at the Hofbräuhaus or the Augustinerkeller on the Hackerbrücke. "Ghupftwiagsprunga" (it doesn’t really matter) as the locals would say, because both places provide a rustic ambience and rustic food for an ideal celebration basis. Freshly strengthened, you can now go to the party miles of the city.
On our recommendation list, a place not to be missed is the P1 on the Prinzregentenstraße - after all, a little chic is also part of every visit to Munich. Without the appropriate evening dress code and a reservation, you may often hear at the doorstep "schleich di!" (leave), and those who at this point think "a so a Schmarrn" (absurd), can still enjoy with your "Spazl" a "Spezi" and visit one of the other 1000 places. While techno fans can get their money's worth in the "Palais", the "MMA Club" and in the "Rote Sonne", everyone else can shake their legs in the "Backstage" or the "Tonhalle". However, the best place to end your successful holiday, is at the party ship "Alte Utting", which opens a spectacular view over Munich's "skyline" and say goodbye with the most charming greeting in the world: Servus!
powered by 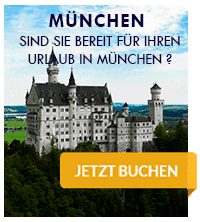