In the fascinating city on the Firth of Forth, a unique, multicultural atmosphere, black humor and medieval architecture come together to form a colorful mix that takes you to a charming European metropolis between tradition and techno. And those who want to experience this combination up close, can take an exciting discovery tour to ancient fortresses, spooky cemeteries and breathtaking viewpoints, and even try to solve the mystery of the water of life of the Scots – the whiskey. 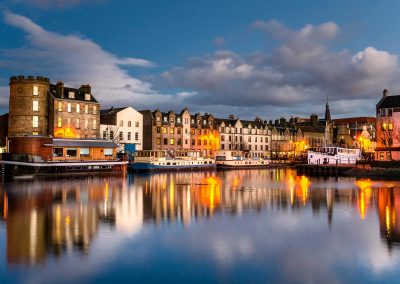 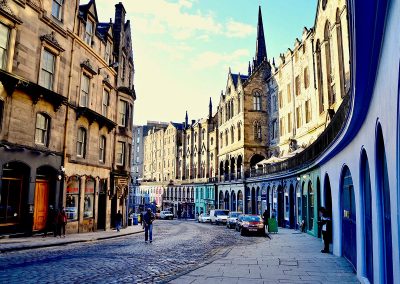 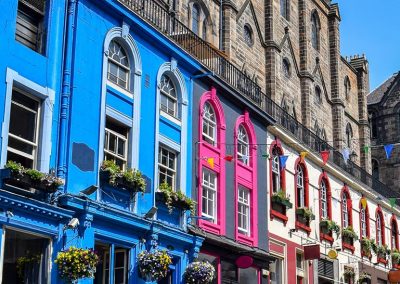 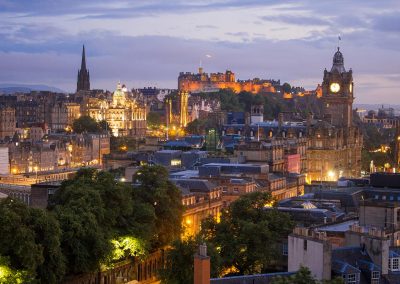 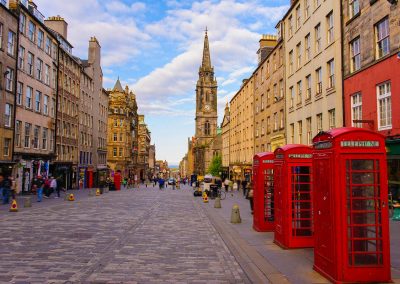 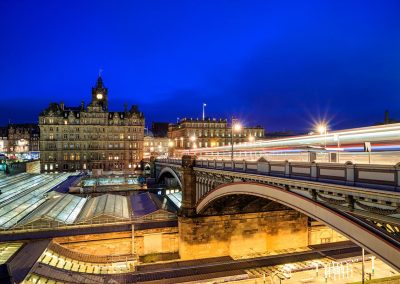 Probably the most Scottish temptation since there are castles

Advertisment
Since things are different in Scotland anyway, and driving on the wrong side of the road doesn’t shy anyone away, visitors should also put the cart before the horse and start sightseeing by the most important highlight. We are talking about the most Scottish of all buildings, the "Edinburgh Castle", whose foundations have been perched on an extinct volcano over Scotland's capital for over 1,300 years.
Take a guided tour to the medieval world as you walk through the monumental Esplanade Gate, enjoy the view from the battlements and admire the Scottish crown jewels in the Crown Room. Don’t forget to take a selfie with one of the biggest bombards in Europe, the "Mon's Meg", which was last fired in 1681. The only bang that can still be heard at the fortress today is the "lunchtime bang". A shot from a modern cannon that once served as a temporal orientation for sailors and is today more of a tourist attraction. So, cover your ears on time!

Book a flight to
Edinburgh now.

Book a hotel in
Edinburgh now.

Book a car
in Edinburgh now.

Quite a lot of Scotland in very little space

For smart visitors, the cannon thunder is also the starting signal to leave the fortress, because after noon it gets very crowded. It's time to explore the Royal Mile, a magnificent 1.81-kilometer thoroughfare that stretches from Edinburgh Castle across the medieval Old Town to Holyrood Palace. Worth seeing is not only the main street with its countless castle-like façades, behind which pubs, whiskey bars, kilt shops and cafes are hiding. The sea is also hiding behind the winding streets. The highlight of the city center is "The Hub". The former church and St. Giles Cathedral a few blocks away are the perfect reasons to continue along the Royal Mile.
Especially those who are off the beaten track on the ancient cobblestones of the "Closes" and "Wynds", can experience a surprise in some enchanted courtyard and feel the scent of scones, also longing Scottish folk music from old times. For whiskey connoisseurs, an excursion into the world of fine scotch aromas is also a must. Anyone who has always wanted to travel through the history of the "water of life" in a whiskey barrel in a kind of ghost train is in the right place in the "The Scotch Whiskey Experience" - including a few sample drams. You can continue on the Royal Mile with a visit to the Scottish Parliament and Holyrood Palace, the official residence of British monarchs. If you're lucky enough, your visit may happen during one of the stays of the Queen. 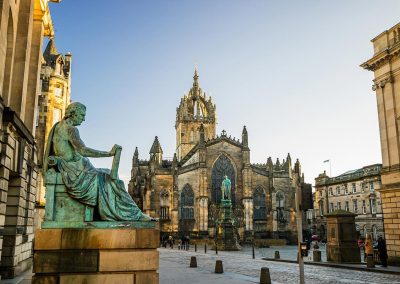 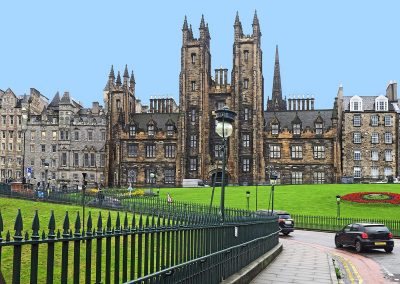 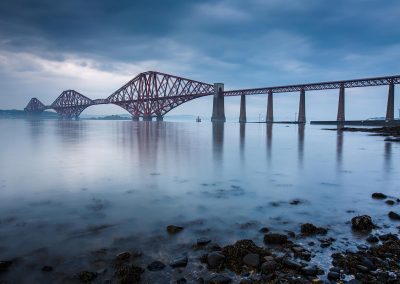 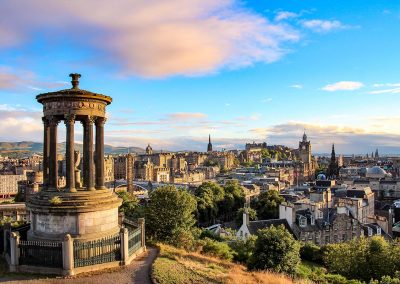 © evenfh / shutterstock.com
Aside of attractions such as the Scotts Monument, the Princess Street Gardens and the National Museum, which is free of charge, Edinburgh hides a dark but tremendously exciting side. These include the Blair Street Vaults, the old catacombs under the Mercat House. Do you want to get the shivers and discover the scary secrets of Scotland's capital? Then a tour through the "Mary King's Close" is just the right thing for you. Join a local guide and immerse yourself in a world of bricked alleys, murder scenes and subterranean vaults that once housed the victims of the plague of Edinburgh and are now reported to be poltergeists haunting the "city under the city".
At least as scary is not only a horror tour of Scotland's history in the "Edinburgh Dungeon", but also a side trip to the Greyfriars Kirkyard. With its ancient tombs, the probably scariest graveyard in the city, offers a scarily beautiful setting. Brave visitors should also book a tour to this graveyard, which will take you to areas that are not open to the general public. There were constant reports of poltergeist attacks, and maybe you are lucky (or unlucky) enough to meet a real spirit. Historically guarded as ghosts are two real icons of Edinburgh, the tomb robbers Burke and Hare. During the tours you can learn more about the history and the moral decay of the two, which can be very scary but also exciting.

On a small scotch

Scotland's national drink, alongside the lemonade Irn-Bru, comes from all regions of Scotland just for you. Whether you prefer the strong flavor of the peaty coastline and islands or appreciate the mild, fruity notes, end your evenings with a Wee Lil 'Scotch - a very small Scotch, a little scotch. The beer specialty "Hanging Bat Beer Cafe" attracts with the Greyriars Bobby Hotdog with Haggis and Onions or the Chihuahua Hotdog with spicy Jalapeno sauce. Over 300 malt whiskeys as well as the award-winning haggis with whiskey sauce are available at the WHISKEY Bar & Restaurant on the Royal Mile. Tipsy after the sweet malt, grain or blended whiskey, you can go shopping on George Street.

"There can only be one"

After all the sightseeing in the heart of the city, it's time for a trip to the Highlands. No, you do not have to go to the north of Scotland, because right in the city area is the local mountain "Arthur's Seat" a place where the real "Braveheart feeling" comes up. The short hiking trip begins at Holyrood Palace and leads over a circular route along the luscious green mountain slopes and past the enchanted ruins of a 257-meters-high old chapel.
There you can expect a breathtaking view, which extends to the North Sea and the southern Highlands. On the top you will feel like Connor MacLeod in the movie epic "Highlander" wishing to raise your sword and yell "There can only be one ". Since this is not for everyone, let’s probably just take a summit selfie. And while enjoying a romantic sunset over Edinburgh, you'll even be capable of solving the old Scottish riddle of how much whiskey a person needs each day to live forever. It’s not without a reason that it’s called the "water of life". So, "slàinte"! (Scottish drinking toast)
powered by