Atmospheric pearl of the Danube

Budapest is very trendy. This is also proven by the Hollywood film industry, especially since the “Paris of the East” was the backdrop for blockbusters like “World War Z” and ” A Good Day to Die Hard”. But it’s not just film fans that are in for a treat here, as Budapest is notable for its abundance of unique historical sights, the probably largest thermal spas in Europe, legendary caves under the city and a very special nightlife amidst coffee culture and ruin bars. So, let’s discover Budapest together. 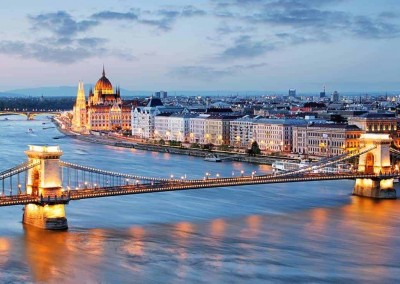 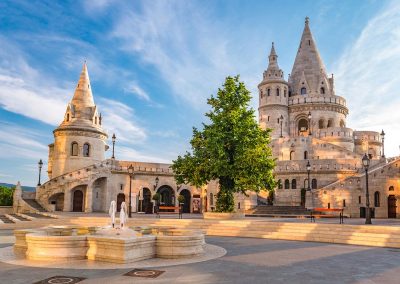 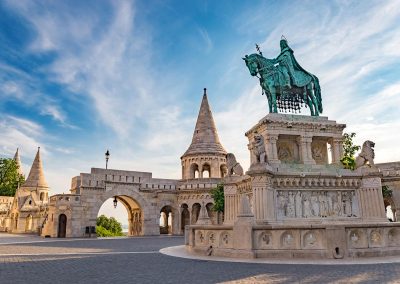 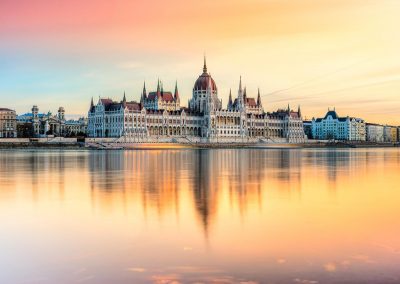 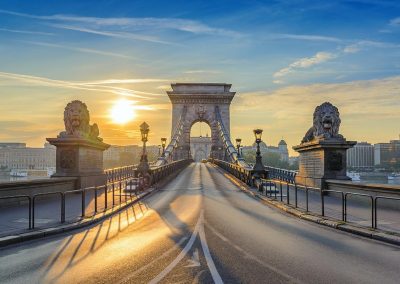 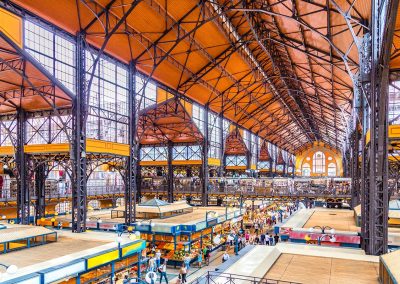 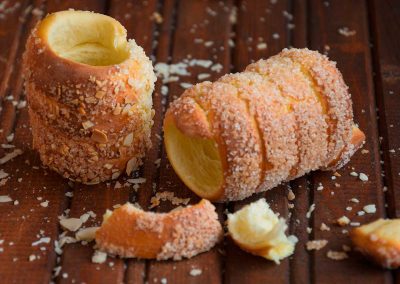 Enjoy the view from the Gellért Hill

Advertisment
With all the sights, no one comes around to first get an overview to structure the holiday in Budapest in accordance with Habsburg thoroughness. And which location is more suitable than the picturesque Gellért Hill high above the city? You can either reach it on foot or, even better, aboard the traditional funicular.
At the top, against the background of the remarkable citadel and the monumental Liberty Statue, a breath-taking view of the two districts of Buda and Pest opens up, with its bridges and fairy-tale Art Nouveau buildings. The climb is particularly rewarding in the evening when Gellért, known in the Middle Ages as "Blocksberg", opens up its view over the capital city.

Book a flight to
Budapest now.

Book a hotel in
Budapest now.

Book a car
in Budapest now.

At the foot of the witches' mountain, culture and history fans can look forward to a visit to the Matthias Church, where for centuries took place the coronation ceremonies of the rulers of Hungary. The church, which was built in the neo-gothic style in the 13th century and is a UNESCO World Heritage Site, still exudes a magical attraction today.
Only a few steps away rises the Fisherman's Bastion, which, with its conical towers, looks just like a fairy-tale castle, reminiscent of the golden age of the Magyars. Significantly darker but all the more exciting is the Buda Castle in the heart of the so-called Castle District. If you want to submerge into the exciting history of this place, you can take a guided tour and be led through the state rooms and the fortifications. In change of some forints you can shoot with bow or crossbow. Perfect for little knights.
And those who are especially brave can descend into the cave system below the castle, where you can experience a waxwork panopticon through Hungarian history. But be careful, look twice before entering the next corridor. After all, legend has it that Count Dracula still lives there. The historic sightseeing is completed by a trip to the nearby Pharmacy museum and the Historical Museum. 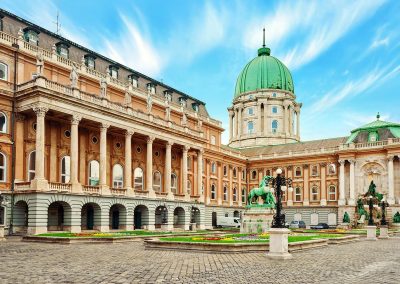 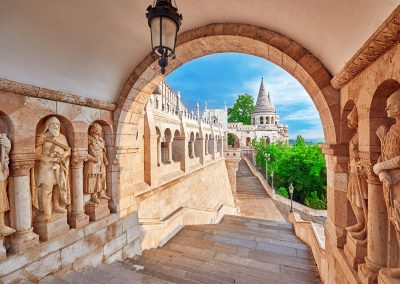 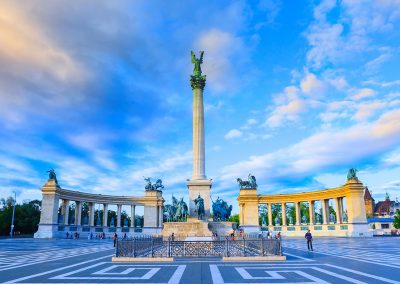 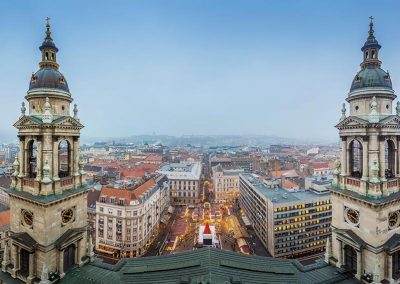 © ZGPhotography / shutterstock.com
Budapest was not always a united city. Until the middle of the 19th century, the two cities of "Buda" and "Pest" were separated by the Danube. No wonder that both halves of Budapest have their own character. You'll notice that as soon as you stroll over the almost 400-meter Széchenyi Chain Bridge to Pest. After the obligatory selfies in the middle of the river, a subtle smell of paprika and coffee flavours surging from the narrow alleys and promenade awaits you on the other side of the river.
The look will inevitably also fall on the numerous anchored excursion boats, who are just waiting to take you aboard. And we strongly advise you to, because from no other perspective is the Pest side, with sights such as the Parliament, prettier than from the Danube. An insider's tip is again going at the evening, when you can enjoy the illuminated fronts as part of a two-hour "Wine-Cruise" with a few glasses of red wine.
With its 691 rooms and 268 meters, the Parliament is not only the largest building in Hungary and the landmark of Budapest, but with its many pointed gables and towers, it is also reminiscent of the Westminster Palace in London. A tour through the Hungarian Parliament is therefore just as much a part of a city trip as the fully o’clock change of the guard on the castle hill. Continue through the cosy streets to places worth seeing such as the Hungarian State Opera, the National Museum and the city park "Varosliget", where you can relax in the shadow of the "Frankenstein" castle "Vajdahunyad".

Let the soul dangle in the largest spa in Europe

Do you want to know why the region around Budapest was already a bone of contention among the Celts and Romans? This is certainly due to the strategic location on the Danube. Another not unimportant reason are the thermal springs that were already famous in ancient times. Today, however, you will not have to deal with Romans or Celts in the largest spa in Europe, the "Szechenyi Bath", but rather enjoy the healing properties of the water and the extensive massage offer in the heart of the palatial complex. A real insider’s tip for couples and for those who like it a little quieter, is the Turkish-style bathhouse "Veli Bej", which with its oriental magic takes you to a time when the Ottomans ruled over Budapest.

Amongst coffeehouse culture and ruin bars

The fact that Budapest is nicknamed the "Paris of the East" is not due to the fact that Hungarian is as difficult to understand for most "barbarians from Germania" as French, but rather to the sheer quantity of cosy cafés. The Austrian influence can still be felt on the basis of the coffee-house tradition. Reason enough to follow the scent of Arabica and Co. and reward yourself with a cup of coffee and a delicious slice of cake for the many kilometers of sightseeing. In addition to the traditional "Café Gerbeaud" on Vörösmarty tér, the "Café Ruszwurm" on the castle hill, furnished in the Biedermeier style, is particularly recommendable.
powered by 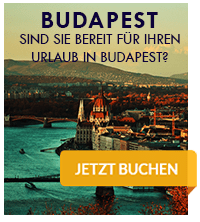