© Belenos / shutterstock.com
A journey into the heart of antiquity

A journey into the heart of antiquity

“All roads lead to Rome”. This well-known wisdom has been in use for over 2,000 years, and to this day the city of Rome has lost none of its fascination. Hardly any metropolis in the world is surrounded by such a dense fog of myths, legends and stories as Rome. With the exception of Atlantis maybe, but unfortunately, unlike the Italian capital, the sunken metropolis has not yet made it to our travel magazine. There are a lot of things awaiting you, like countless historical and hidden sights, Roman cuisine and the vibrant nightlife. So, get your sunglasses on, keep your camera ready and join us on a ramble through the beautiful Eternal City. 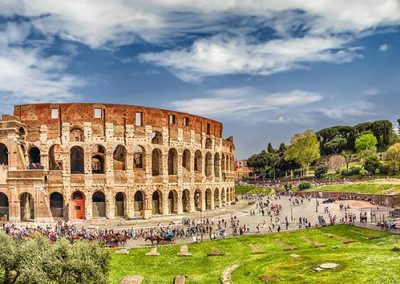 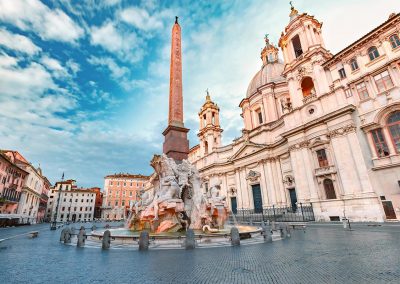 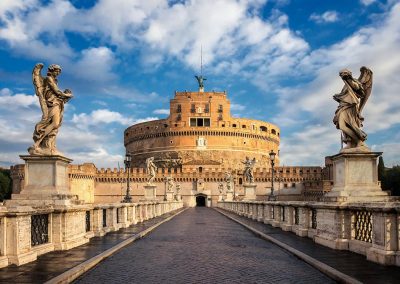 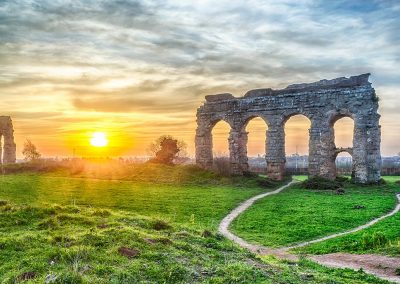 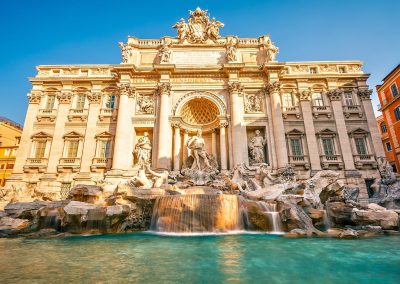 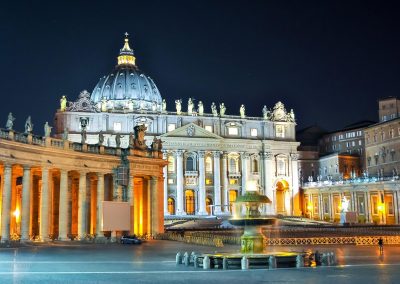 In the footsteps of Robert Langdon through the Eternal City

Advertisment
"This is the first mark! The way is still intact!" This well-known quote from Dan Brown's bestseller "Illuminati" is likely to be known to bookworms, in which the symbolist Robert Langdon rushes in the context of an adrenaline-loaded scavenger hunt through Rome and rummages in all sorts of sights. So why not follow in the footsteps of the novelist? For a particularly intense experience, we recommend reading the novel before or during your trip.
In the Vatican City it's best to start early in the morning. The ideal time to admire the impressive architecture of St. Peter's Basilica and to enjoy a breath-taking view of the city from its 117-meters-high dome. Since you do not have to prevent the destruction of the Vatican like in the novel, you can take a calmly stroll through the museums, across St. Peter's Square and admire the ceiling of the Sistine Chapel decorated by Michelangelo's frescoes.
And if you want to catch a glimpse of the Pope, you can visit the Vatican again on a Sunday. Continue to Piazza del Popolo with its lovely church of Santa Maria del Popolo, Piazza Navona and the famous Fountain of the Four Rivers. The final highlight of the scavenger hunt is a visit to Castel Sant'Angelo which in the novel served as a hiding place for the Illuminati. The fact that the history of Castel Sant'Angelo was also extremely exciting in real life can be seen in a guided tour through the former refuge of the popes.

Book a flight to
Rome now.

Book a hotel in
Rome now.

Book a car
in Rome now.

Lucullan delights from pasta to carpaccio

Those who diligently feed their minds during sightseeing should not neglect their bodies. How lucky that Rome has lived for more than two millennia as a metropolis of epicurean delights based on the motto "Mens sana in corpore sano" ("a healthy mind in a healthy body"). Away from the traditional tourist restaurants, pasta lovers can fill their batteries with a homemade pasta alla carbonara in the cosy restaurant "Da Danilo". But be careful, pasta in Rome is only a treat for the main course.
Here Roman specialties such as the lamb with roasted potatoes (abbacchio al forno), veal escalope with cured ham and sage leaves (Saltimbocca alla romana) or the stock fish with tomatoes, raisins and pine nuts (baccala) await hungry holidaymakers. The best place for "Filetti di Baccala" is "Dar Filettaro", for pizzas "Dar Poeta" in Trastevere and in the Pastificio Guerra, near the Spanish Steps, there is the best handmade pasta to go. And before you continue sightseeing, try a gelato in the "San Crispino" in Piazza della Maddalena, where they only use natural ingredients.

A journey through time in the Roman Empire 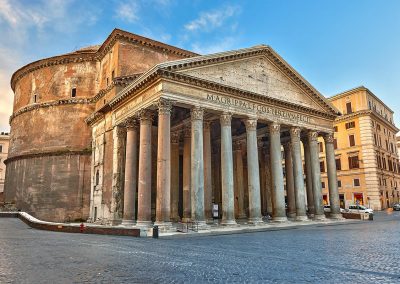 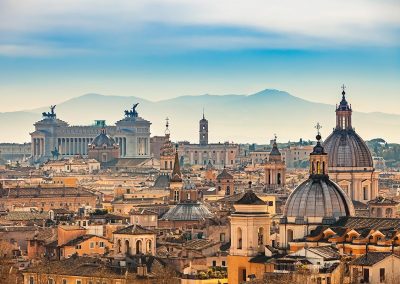 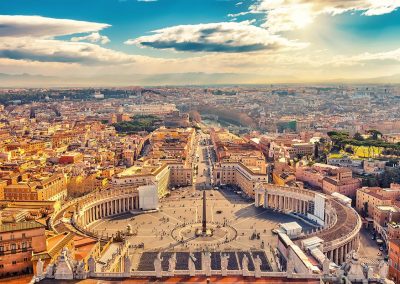 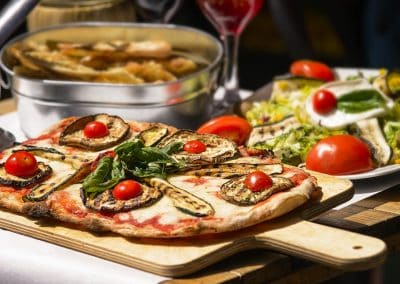 © ventdusud / shutterstock.com
After all the mysteries, it is time to travel a little further back in history and pay a visit to ancient Rome, which comes to life in the shadow of the ruins. One of the most impressive places besides the Pantheon is the Roman Forum. The former centre of power of the Roman Empire makes the hearts of history lovers beat faster. After all, witnesses of time, like the Arch of Titus, the Temple of Venus and the Curia, have been waiting there in the shadow of which the Roman emperors after Julius Caesar have been strolling around.
Next, you can make a visit to the Trajan's Forum with the monumental Trajan's Column and the ruins of the Colosseum, which nowadays is still the model of modern sports stadiums. And who likes, can even be photographed right before the magnificent building with a real Roman equipped with a helmet, sword and shield. You can also touch history in the legendary catacombs of Rome, whose underground chambers and tunnels were once used as temples, churches, burial places and sanctuaries. Adventurous tourists can descend and travel back in time right into the heart of ancient Rome with inscriptions and frescoes.
Particularly courageous tourists can face a more than 2,000-year-old test of courage, which was already known to ancient Romans. More specifically, it is an ancient marble relief in the form of a face in today's church of Santa Maria. It bears the name "Mouth of Truth" (Bocca della verità) and recognizes liars when they insert the hand into the figure's mouth and tell a lie. Beware! Legend has it that the "mouth of truth" cuts off liars’ hands. You dare trying?

Vibrant nightlife between chic and student-like

"In vino veritas" - in wine lies the truth. Great. Based on this motto, many party nights in Rome begin on one of the many terraces on the seven hills of Rome, where you can enjoy the sunset over the many marble buildings with friends or your sweetheart. The sunset is the starting signal for an unforgettable night. A good starting point is the Campo Dei Fiori, a square lined with bars, where young and old from all over the world chatter, celebrate and drink a beer or a cocktail in the open air.
If you are looking for a little more action, then the student-driven San Lorenzo with its numerous pubs is the ideal starting point. Clubbers, on the other hand, can pay a visit to the Testaccio district, where the right place is available for every musical taste. For something chicer, you can visit clubs such as the "Salotto 42" and the "Distillerie Clandestine". After all, a touch of late Roman decadence is not a crime and is the ideal way to spend an unforgettable holiday in Rome.
Take one more advice: in Rome there are many opportunities to get rid of your money. But be sure to drop two coins in the Fontana di Trevi. If you follow the custom, you will return to Rome and you may make a wish. And the thought of going back to Rome is probably the most beautiful thing you can take with you from the Italian capital.
powered by 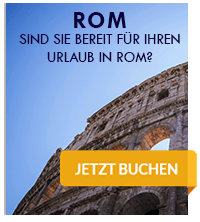