There is hardly a cosmopolitan city that has obtained its cosy flair, despite its international chic, as much as Zurich. No wonder that the charming town near the Limmat has been voted several times as the city with the highest quality of life in the world. But what makes the charm of “Züri”, as the locals affectionately call their city? The picturesque old town, the small and big adventures on Lake Zurich, the traditional target shooting competition or the sinfully delicious chocolate specialties that are not entirely harmless for holiday hips? You will have to find out! 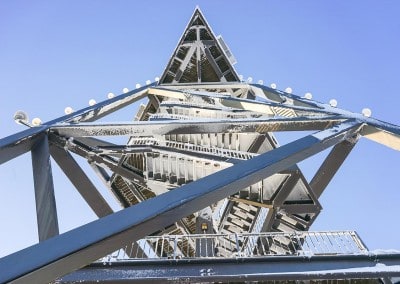 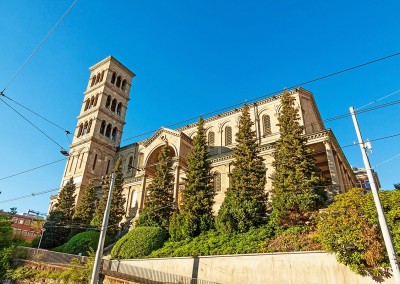 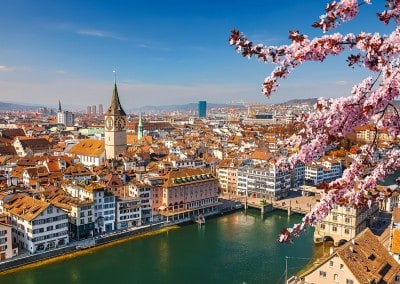 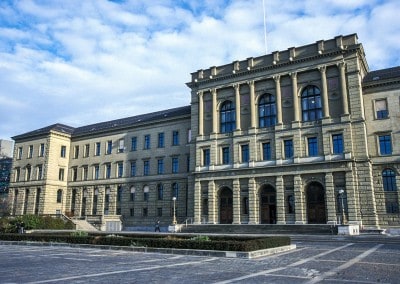 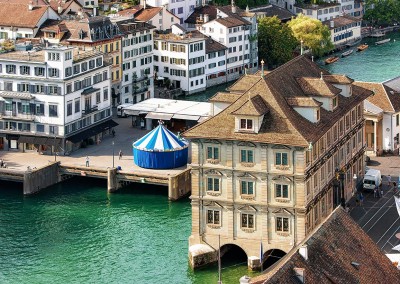 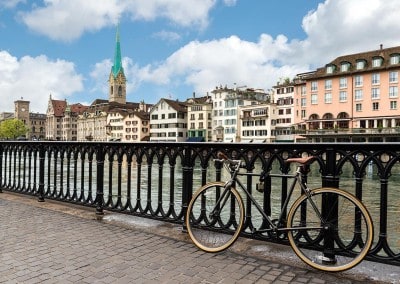 Advertisment
Anyone in Basel would probably agree without arguing that Zurich is a village. After all, there is a rivalry between the two cities, which is only outshined by the prestige duel of the carnival strongholds of Cologne and Dusseldorf. However, the term "village" is by no means disrespectful, because the main attraction of Zurich is the old town called "Niederdörfli", which runs along both shores of the Limmat.
Start an exploration tour and stroll through the picturesque cobblestone alleyways in the shade of many splendid Renaissance façades, where there is much to discover. It starts at the Bellevueplatz (Bellevue Square), where the Opera House is the first photo opportunity waiting for collectors. Continue on the Limmatquai to the landmark of Zurich, the Grossmünster with its two towers, which - so they say – watches over the city as patron saint. After exactly 187 steps and for a few Swiss “Fränkli” you will reach the observation deck of the Karlsturm and its fabulous city panorama.
Not less worth visiting are the narrow alleys to the left of the Limmat with its medieval houses, the Lindenhof, the St. Peter Church with the largest clock face in Europe and the Fraumünster Church, which windows were designed by Marc Chagall himself. And if you want to take it easy after a few steps, you can see the rest of the interesting old town from the panoramic deck of an excursion boat. But be on time, because in the largest city of Switzerland, ships do not wait for dawdling visitors. After all, the Swiss have quasi invented the time - at least that's what they say.

Book a flight to
Zurich now.

Book a hotel in
Zurich now.

Book a car
in Zurich now.

A mecca for Museum lovers

In terms of art and culture, Zurich is at the same level of London and New York. After all, the city has blossomed to a centre of modern art thanks to its numerous galleries. So, let's go! Or as the people of Zurich would say "Hopp dä Bäse!". In the heart of the city alone, art lovers can look forward to around 100 galleries and 50 museums. In addition to the Kunsthaus Zürich, especially worth seeing is the Museum Rietberg, which is regarded internationally as one of the leading centres for non-European art.
But if you want nothing to do with art as the people of Zurich with FC Basel, then you can visit the Zoological Museum, where more than 1,200 fascinating specimens from animals from all over the world are exhibited. And best of all: The entrance is free. Totally untypical for one of the most expensive cities in the world, don´t you think? Far from it, because culture is a precious asset for the people of Zurich. Therefore, many museums attract visitors with cheap or even free entry. You can also take part in many city tours completely free of charge. And so, a visit to the Rietberg Museum, the FIFA World Football Museum and the University's Medical Historic Collection, with its exhibits from the 17th to the 19th century, are twice as fun. 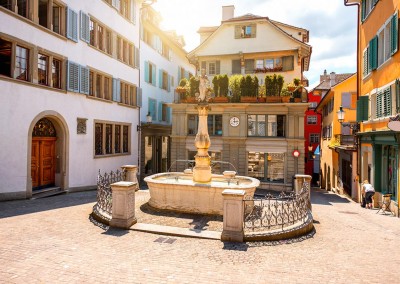 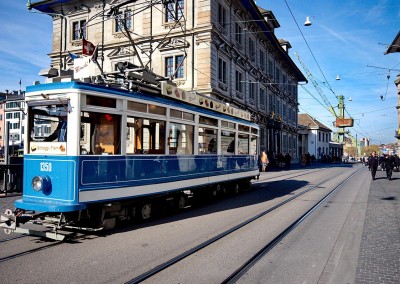 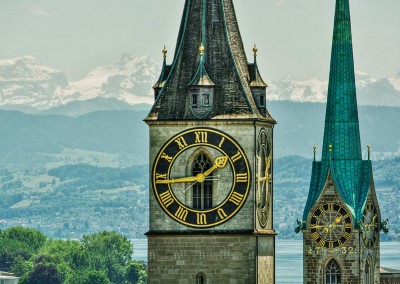 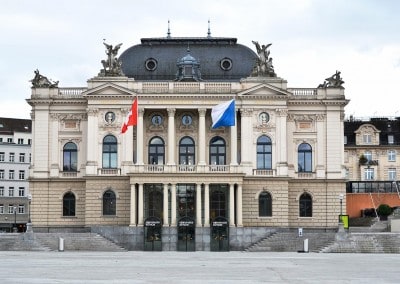 © Capricorn Studio / shutterstock.com
After all the culture or a long shopping trip through the noble boulevard Bahnhofstraße, you deserve a break. And what a better place would there be than the nearby Lake Zurich, which invites you with its promenades and swimming area for sunbathing, strolling and splashing? Also, a must is a boat trip on the lake or a trip by pedal boat, where you can enjoy the view over sophisticated villas in front of a magnificent mountain scenery. And with a little luck, you will even see celebrities like Tina Turner strolling through the garden.

The Zurich "Knabenschießen" (literally “boy shooting”) is an excellent opportunity to get acquainted with the specialties of the Zurich cuisine. And no, there won’t be any previously hunted boys on the table, but only the finest, what the city has to offer - because the "Knabenschießen" in September is one of the largest folk festivals in the city and is celebrated there since 1656.
In addition to the mandatory bratwurst of the Sternengrill on Platz Bellevue, you have to taste a real Zurich cheese fondue in the restaurant "Burgwies", which offers a whole range of 18 cheese fondues. But don’t the Zurich dialect mislead you when ordering. Because even if the people of Zurich like to make fun of other Swiss dialects, they have some peculiarities themselves, such as ending almost every sentence with "oder" (German for “or”).
The best way to end the culinary excursion is with a visit to the Confiserie Sprüngli on Paradeplatz, where you can find the best “Schoki” (chocolate) of the city. Enjoy the unique nostalgic coffeehouse atmosphere and indulge yourself with all sorts of specialties such as ice cream, chocolate cake, pralines, chocolate truffles and the world-famous “Luxemburgerli” (macaroon). Your sweet memories of your Zurich holidays couldn’t be sweeter, right?
powered by